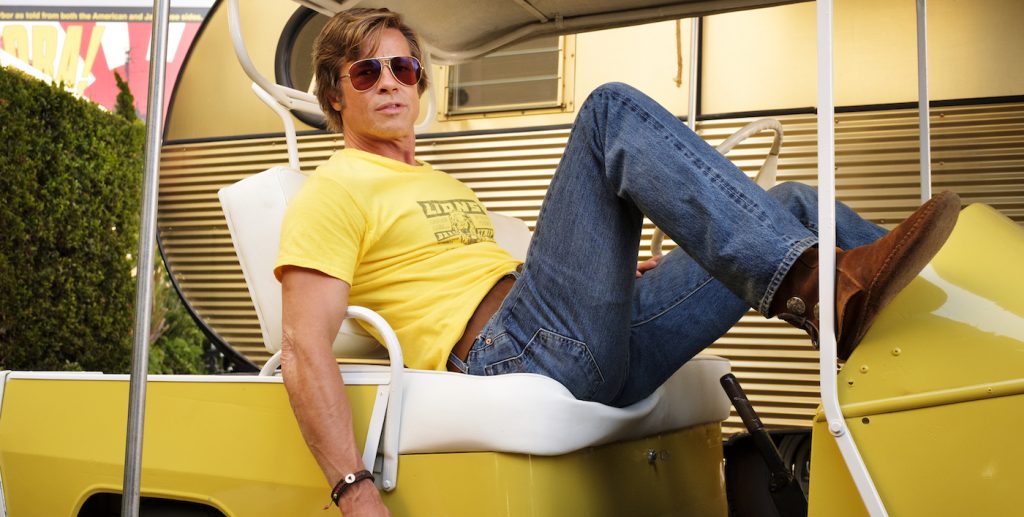 Oh, happy Tuesday! We’ve got a fresh look at Quentin Tarantino‘s hotly anticipated ninth film, Once Upon a Time in Hollywood, which delivers a bit more narrative bits and pieces than the first trailer. This new look has debuted ahead of the film’s Cannes premiere, one of the marquee films at this year’s festival. The trailer is, in a word, fantastic, and should give both Tarantino fans and movie lovers in general something to include on their must-see list.

The story is centered on Leonardo DiCaprio’s fading TV star Rick Dalton and his longtime stunt double Cliff Booth (Brad Pitt). While Booth seems a whole lot more at peace with his station in Hollywood, Dalton wants to resurrect his career any way he can. While part of the story tracks their moves in the entertainment industry, it also concern’s Dalton’s next door neighbor, a rising star by the name of Sharon Tate (Margo Robbie). Tate’s name is synonymous, of course, with Charlie Manson. The Manson Family will have their part to play in Tarantino’s film, but how (or even if) he will depict the grisly murders that took a pregnant Tate and four others on August 9, 1969 is one of the film’s biggest secrets. Will Tarantino reinvent history, as he did in Inglourious Basterds? It seems unlikely, but with this auteur, you truly never know.

The new trailer gives us a better sense of the kind of world-building Tarantino has done here. His vision of Hollywood in 1969 looks unsurprisingly swanky, seedy, and set to a killer soundtrack. We also learn that there’s more of a connection between Dalton and Charlie Manson than his proximity to Manson’s most famous victim; it appears that Cliff Booth will eventually meet Charlie.

We’ll know a lot more once the film premieres at Cannes today. For the rest of us not in the south of France, this trailer will have to suffice for now. If it doesn’t make you excited, or at least intrigued, for Tarantino’s latest film, you’re made of sterner stuff than we are

Here’s the official synopsis for Once Upon a Time in Hollywood:

Quentin Tarantino’s ONCE UPON A TIME IN HOLLYWOOD visits 1969 Los Angeles, where everything is changing, as TV star Rick Dalton (Leonardo DiCaprio) and his longtime stunt double Cliff Booth (Brad Pitt) make their way around an industry they hardly recognize anymore. The ninth film from the writer-director features a large ensemble cast and multiple storylines in a tribute to the final moments of Hollywood’s golden age.