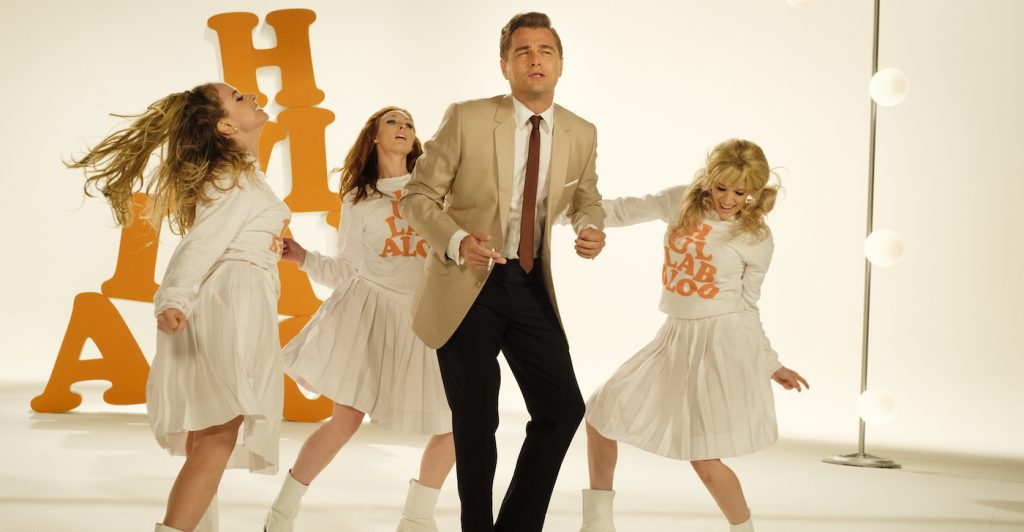 The first glimpse at Quentin Tarantino‘s Once Upon a Time in Hollywood is here. While the trailer doesn’t deliver much by the way of the storyline, it does reveal a few of our key players. There are Leonardo DiCaprio‘s fading star Rick Dalton and his stunt double, Brad Pitt’s Cliff Booth. There’s an especially fun sequence in which Booth fights none other than Bruce Lee (Mike Moh) after getting some unhelpful advice from the martial arts legend. We also get a brief introduction to Margot Robbie’s Sharon Tate. Tate was, you likely know, a famous actress and the wife of director Roman Polanski (played by Rafal Zawierucha). She was the most famous victim of the unbelievably gruesome Manson Family Murders. How Tarantino handles that horrific night at the Tate house in Benedict Canyon is one of the biggest questions going into the film. And yup, we get a brief shot of Charlie Manson himself, played by Damon Herriman, looking sweet and innocent as he waves outside of a beat up truck.

Once Upon a Time in Hollywood is Tarantino’s 9th film, and as such is one of the year’s most hotly anticipated releases. From what we’ve heard thus far, we’ll see Dalton, Booth and Sharon Tate’s lives intersect. The washed-up star and his stunt double live next door to her. As always with a Tarantino film, the script is an original. How will Tarantino handle the gruesome murders of Sharon Tate and others at her house? We don’t know. We also don’t really know how the rest of the sprawling, star-studded cast fits in. The trailer isn’t going out of its way to reveal anything. What we do see, however, is some period-perfect detail. We also hear some killer music, which is pretty much a given in a Tarantino film.

Joining the aforementioned stars are an astonishing number of talented actors. Dakota Fanning, Al Pacino, Timothy Olyphant, Kurt Russell, James Marsden, Emile Hirsch, Tim Roth, Margaret Qualley, Damian Lewis. Lena Dunham and Bruce Dern. Once Upon a Time in Hollywood was also the late Luke Perry’s last film. He plays a character named Scott Lancer, who likely has a connection to the real western series Lancer, which ran on CBS from 1968 to 1970.

Once Upon a Time in Hollywood premieres on July 26, 2019. It’s one of this summer’s must-see movies.