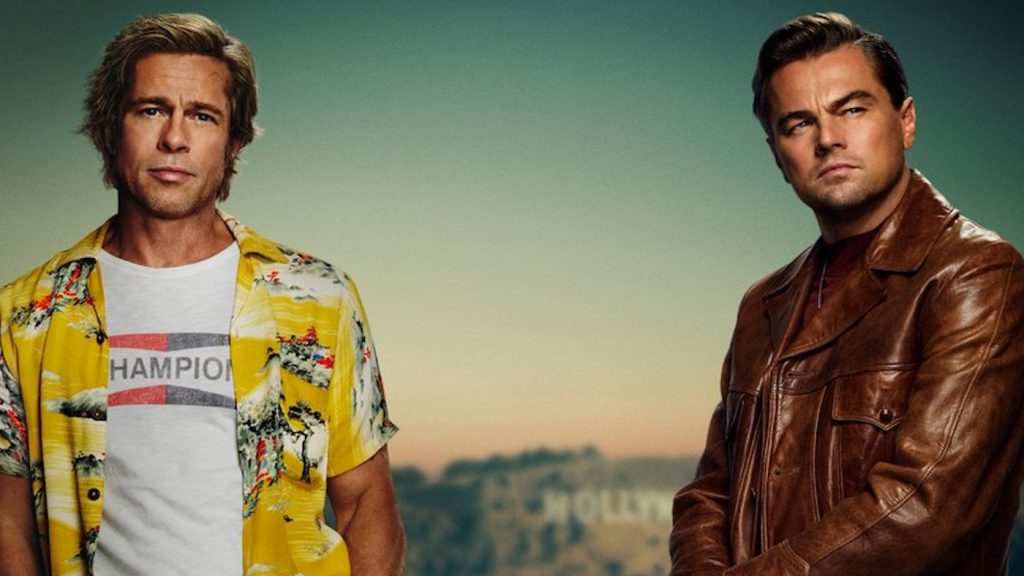 Leonardo DiCaprio Shares Poster for Once Upon a Time in Hollywood

Quentin Tarantino‘s films are always events. The meticulous writer/director takes his time from one movie to the next, drafting his singular scripts and assembling his incredible casts over the course of years. His next film, Once Upon a Time in Hollywood, could be the auteur’s most perfect combination of era, story, and cast yet. The film is set in Los Angeles during the horrific Manson Family Murders in 1969. The cast is outrageous, including Leonardo DiCaprio, Brad Pitt, Margot Robie (playing Sharon Tate, no less), Dakota Fanning, Al Pacino and more. Many more. Even cinematographer Robert Richardson was blown away by the talent on hand. One of those talents, DiCaprio, took to Twitter to share the film’s poster. We see his character, the fading star Rick Dalton, posing in front of the Hollywood Hills with his longtime stunt double, Brad Pitt’s Cliff Booth. The little we know about the story is that Dalton and Booth will become entangled in the mayhem of the Manson Family murders:

Word is you can expect a trailer for the film this week. Tarantino’s ninth film is slated for a July 26 release, making Once Upon a Time in Hollywood the perfect summer movie counter-programming. There truly is an indecent amount of acting talent in this film: Timothy Olyphant, Kurt Russell, James Marsden, Emile Hirsch, Tim Roth, Margaret Qualley, Damian Lewis. Lena Dunham and Bruce Dern join the aforementioned stars. Perhaps the most bittersweet bit of casting of all is the late Luke Perry, who plays a man named Scott Lancer. Entertainment Weekly pointed out this interesting tidbit about Perry’s character’s name; Scott Lancer was the name of a character played by Wayne Maunder in the Western series Lancer, which ran on CBS from 1968 to 1970. Considering Once Upon a Time in Hollywood is set in 1969, the name Lancer is likely not an accident or coincidence.

Tarantino’s film is, as always, based on his original script. It deals with actual historical events like the Tate murders but focuses on the fictional Dalton and Booth. The two men live next door to Tate. Who knows what Tarantino has in store for us here; part of the excitement is just how many directions the massively talented writer/director could take this material. We’ll get our first real hint when the trailer finally drops this week.

Featured image: Brad Pitt and Leonardo DiCaprio in ‘Once Upon a Time in Hollywood.’ Courtesy Sony Pictures.