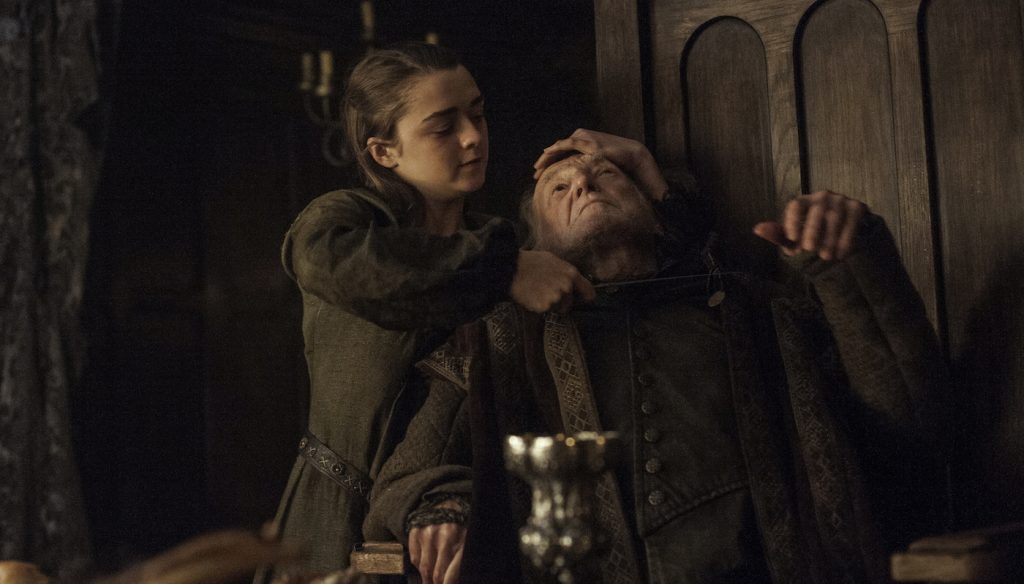 *At some point we’ll probably stop including this disclaimer, but…the following contains spoilers for Game of Thrones. If you’re not caught up, stop reading.

Illustrator Robert Ball is the man behind Game of Thrones “Beautiful Death” series. For all 8 seasons of HBO’s game-changing series, Ball has re-created the most iconic deaths from every single episode. His work is achingly beautiful—despite, or possibly because of—the dark subject matter. He also aimed to put each death he illustrated in context for what it meant for the show going forward. These weren’t merely celebrations of TV’s most famously lethal show, they were portraits of the constant, often deadly change happening in Westeros. And now a new video from HBO celebrates Ball’s work, and gives you a sense of how seriously he takes his art. It also teases his 74th and final piece, the death that many of you saw coming and most of us feared.

His recent completed illustrations include Missandei’s heartbreaking murder, the Hound and the Mountain’s simultaneous demise during Cleganbowl, Arya taking out the Night King, and little Ned Umber’s ritualistic murder in the first episode of the final season.

Ball would usually take two or three weeks, maybe even a month, on a single illustration, but the timeline has shifted for his 74th and final piece. This last “Beautiful Death” illustration belongs to—of course—the demise of Daenerys Targaryen. “It’s going to take a while to absorb,” Ball says in the video. “It was the perfect Game of Thrones mix of tragedy and surprise. And trying to communicate that in an image, that’s what I’ve got to do in the next few days.”

This will be the first time Ball has ever included the Iron Throne in an illustration. It’s fitting that he’ll be using that sturdy symbol of what drove so much of the death in Game of Thrones for his very last one.

You can check out Ball’s work here. Watch the video that details his work over eight seasons below: