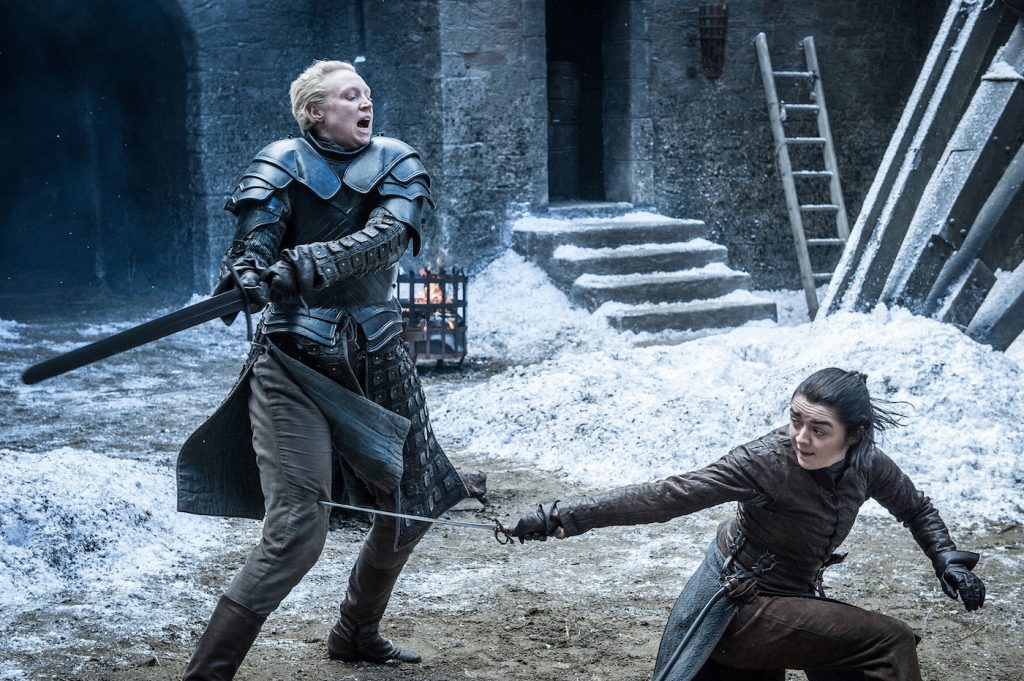 The Moment That Hinted at Arya’s Epic Future

You’ve likely heard about these folks online questioning Arya Stark‘s ability to do what she did in “The Long Night.” (If you haven’t seen the last episode of Game of Thrones, head to the Godswood and stop reading.) You’ve probably come across the smear that Arya is a “Mary Sue,” an antiquated, misogynistic, lazy catch-all for women who men feel couldn’t possibly do the thing they just saw them do. Yawn. These people are boring. Ignore them. Focus, instead, on the long, slow boil that has been Arya’s arc, leading her to become the savior of the Seven Kingdoms. Her maturation has been happening in plain sight. Her lightfooted, sure-handed killing of the Night King has been building for years.

But don’t take our word for it. You don’t even have to talk series creators David Benioff and D.B. Weiss’s word for it if you don’t want to. They revealed in an “Inside the Episode” following last Sunday’s epic Battle of Winterfell that they’d figured out Arya was the one who was going to take out the Night King three years ago. You don’t need to take anyone’s word for it because you’ve already seen the proof. The most obvious example was last season, in episode 4. This is the moment when Arya asks Brienne to train with her. The future Knight of the Seven Kingdoms suggested that she’d go fetch the master of arms, but Arya wanted to spar with the best. “He didn’t beat the Hound,” Arya says, “you did.” So the two get down to it, and Arya showcases the very dagger drop move she’ll use on the Night King. Check it out for yourself:

The haters who claim Arya wasn’t capable of taking out the Night King willfully ignore her entire story. She has been training with weapons for a very long time. She’s trained as an assassin with the Faceless Men. She is an expert at soundlessly creeping up on people, as she’s done time and time again in the series (including to Jon in the very spot she offed the Night King in this season’s premiere episode). Yet all that hasn’t been good enough for some, so let them feast their eyes on the above. Here is Arya Stark not only impressing the hard-to-impress and hugely gifted fighter Brienne, she’s also besting her with the very move she uses to slip her Valyrian steel dagger into the Night King’s gut.