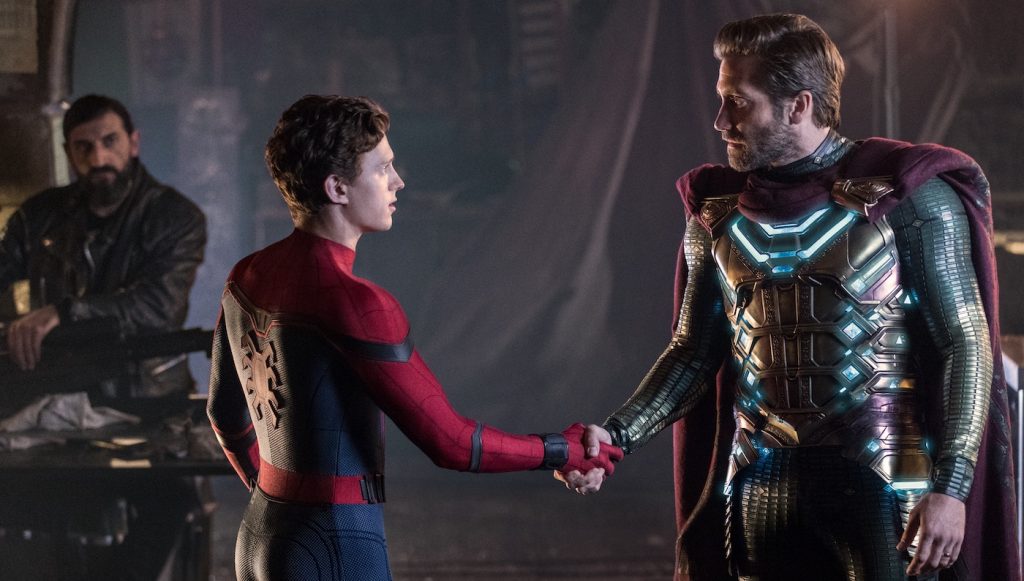 Folks, if you still haven’t seen Avengers: Endgame, then don’t watch this new Spider-Man: Far From Home trailer. The MCU-shaking events in Endgame are teased in the new trailer, which is the best look yet we’ve gotten at the next Spidey adventure. It also becomes obvious watching this new trailer how much they had to hold back in our previous glimpses of the film before Endgame premiered. Now that a good percentage of the world has seen Endgame and knows what happens, Far From Home is able to flex more of its narrative muscle here.

Directed by Spider-Man: Homecoming alum Jon Watts, Far From Home delivers on its title by sending Peter Parker (Tom Holland) and his pals off to Europe on a school trip. Peter just wants to be Peter on this journey, you know, considering he only just recently returned from being dust. But naturally, Nick Fury (Samuel L. Jackson) appears in Europe and presses Peter back into duty to defend Earth. Again. This time against elemental monsters that are, at least, not as diabolical as Thanos.

The new trailer directly references Endgame‘s biggest death, with Peter and Happy Hogan (Jon Favreau) trying to make sense of a world without Iron Man. We’ve also got Jake Gyllenhaal‘s Mysterio making all sorts of weird claims about coming from an Earth that’s in a different dimension. This would sound crazy were it not for the fact that there was a lot of time traveling in Endgame.

Another surprise here is that Far From Home doesn’t look all that light. Most post-Avengers Marvel installments offer a zestier, less somber affair, like Ant-Man and the Wasp did after Infinity War (until that post-credits scene). Yet Far From Home is dealing with the aftermath of Endgame, which means some heavy feelings.