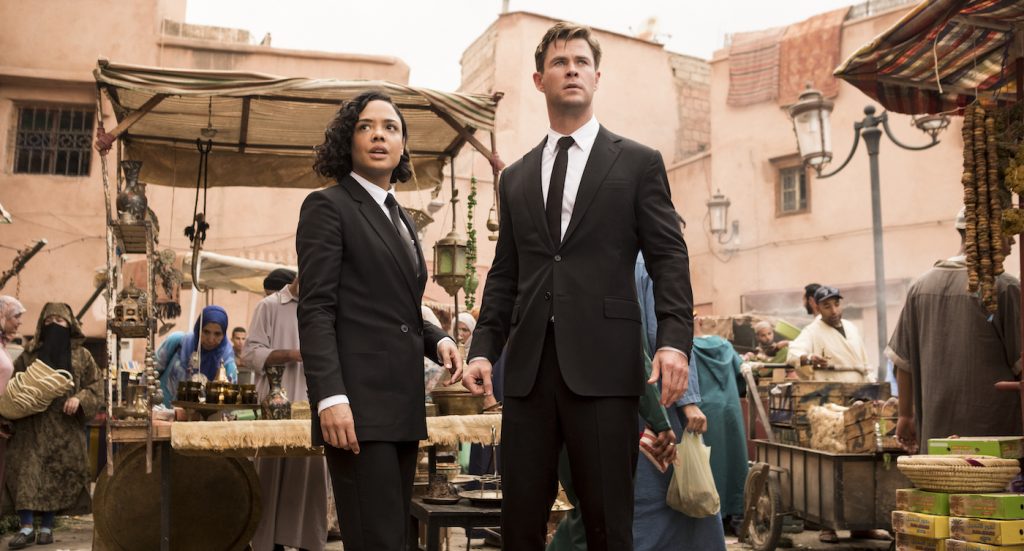 If you’re going to reboot a franchise, it’s always a good idea to do so with two immensely talented, likable stars. Enter Thor: Ragnarok co-stars Chris Hemsworth and Tessa Thompson. Their onscreen chemistry was one of the (many) reasons Taiki Waititi’s Ragnarok was the best Thor film and one of the funniest Marvel films ever. Now the two have traded battling aliens on distant planets for policing them right here at home. Two new trailers give us fresh looks at the film.

For those of you a little hazy on the MIB specifics (or too young to consider Will Smith and Tommy Lee Jones’ original films as iconic), here’s the bare bones synopsis:

The Men in Black have always protected the Earth from the scum of the universe. In this new adventure, they tackle their biggest, most global threat to date: a mole in the Men in Black organization.

Hemsworth and Thompson play agents H and M respectively. Thompson’s M once witnessed her parents having their memory wiped by the MIB after an incident involving some aliens. They never wiped hers, however, and she spent 20-years looking for the shadowy organization. Once she finds them, she wants in. Once she’s in, she’s teamed up with Hemsworth’s H to root out that pesky mole. Together, they’re humanity’s best hope.

Liam Neeson’s here as High T, a veteran MIB man. Emma Thompson reprises her role from the previous franchise as the all-knowing Agent O. You’ll get a blink-and-you’ll-miss-her glance at Rebecca Ferguson’s Riza in these trailers. We’ve also got the very funny and talented Kumail Nanjiani on hand, playing a diminutive alien named Pawny. Straight Outta Compton and The Fate of the Furious director F. Gary Gray helms the project, with Iron Man scribes Art Marcum and Matt Holloway delivering the script.

Have a look at the trailers here: