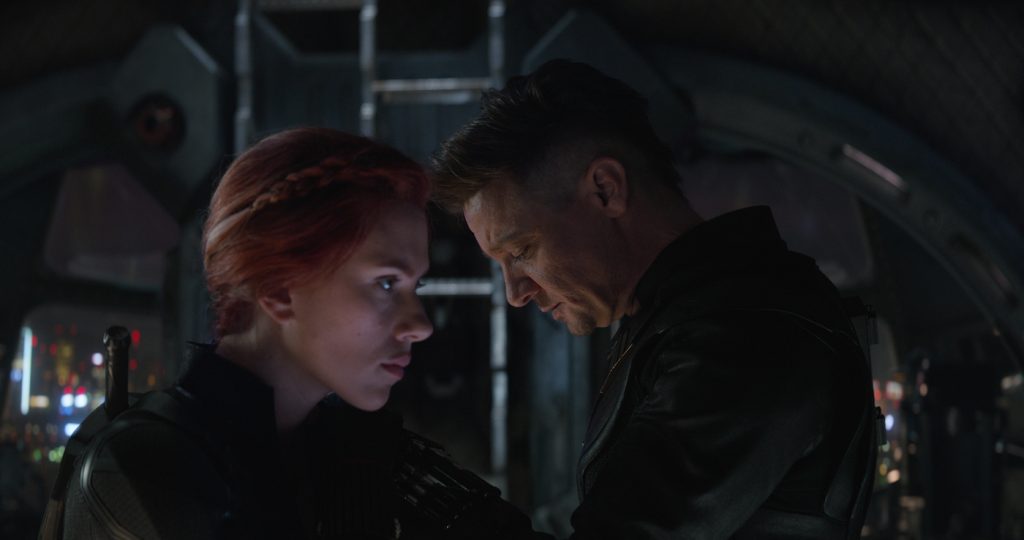 If you haven’t seen Avengers: Endgame yet, this article ain’t for you. Spoiler alert. Many spoilers alert.

There were many surprising moments in Endgame that delighted. Chunky Drunk Thor (or Lebowski Thor, if you’d prefer). Captain America’s beautiful retirement. The fact that not only did Thanos get killed, but he got killed twice. And of course, there was Iron Man’s final act, completing his story arc from self-obsessed and obnoxious billionaire to savior. “I am Iron Man,” Tony Stark said to Thanos, a call back to his gleeful admission in the very first MCU film. This Tony Stark, facing off against Thanos for a second time, is a very different man. He’s just relieved the Mad Titan of his Infinity Stones. He’s slipped them on even though he knows it’s certain death. He reminds the purple monster who he is, then snaps his fingers and turns Thanos and his entire army into dust. This act of self-sacrifice was a grand as the man himself. It was also epically staged for maximum impact. Tony wouldn’t have wanted his demise any other way. He got the hero’s sendoff, complete with teary-eyed friends and fellow Avengers gathered around him as he died.

This was decidedly not the case for Black Widow. In arguably the film’s most heartbreaking sequence, she and Hawkeye ventured to the perpetually dusky and overwhelmingly dispiriting planet of Vormir. They were there on a mission to secure the Soul Stone, part of Ant-Man’s madcap Time Heist strategy that sent teams of Avengers to different locations at different times to snatch the Infinity Stones before Thanos could get them. There was something that Black Widow and Hawkeye, old friends and fellow travelers on the road of avenging and redemption, didn’t know: the only way to get the Soul Stone is through a bleak trade, a soul for a soul.

For a close Marvel watcher, and anyone who recently re-watched Infinity War, you might have realized this was coming the second they landed on Vormir. It’s where Thanos tossed Gamora to her death in order to get the Soul Stone in that previous installment. Once Red Skull, the caretaker of Vormir and the skull-faced entity who explains the rules, tells Black Widow and Hawkeye what’s required to complete their mission, these two old friends fight each other for the honor of sacrificing themselves for the greater good. It’s a fight to the life, as it were, each combatant desperately trying to beat the other into submission and continued breath.

While Bruce Banner has always been the poster boy for the perpetually conflicted Marvel superhero, it’s Black Widow and Hawkeye who have long harbored the most acute damage. They’re more or less regular humans, after all, without superpowers, and with tortured histories. Black Widow has PTSD not only from the various battles she’s taken part in during her avenging but also in her pre-Avenger life as a KGB assassin. Hawkeye was temporarily made a bad guy in the first Avengers and spent the first half of this film killing random bad guys in a grief-fueled bloodbath after his family was dusted by Thanos. Then there’s whatever happened to them in Budapest, which they like to reference.

Neither wants another death on their conscience. They especially don’t want to watch the other die. Their ensuing fight has a somber wit to it; they’re fighting each other in an effort to save each other. They scramble towards the cliff’s edge, each one seeming to be the front-runner for the opportunity to dive to their death. Ultimately, it’s Black Widow (always the superior fighter of the two) who manages to tether Hawkeye to the mountain and plummet to her death. It was shocking. Heartbreaking. Poetic. And it almost turned out very differently.

In an interview with the New York Times, co-writers Christopher Markus and Stephen McFeely discussed crafting this scene. In an earlier draft, it was Hawkeye who was going to take the heroic plunge, until one of their colleagues stepped in:

“Jen Underdahl, our visual effects producer, read an outline or draft where Hawkeye goes over,” McFeely told the Times. “And she goes, ‘Don’t you take this away from her.’ I actually get emotional thinking about it.

“And it was true, it was him taking the hit for her,” Markus added. “It was melodramatic to have him die and not get his family back. And it is only right and proper that she’s done.”

Black Widow’s shocking death was also made all the sadder because it happened before the big battle with Thanos. To make matters even starker (ill-timed pun!), Tony Stark’s death results in a big funeral where all the superheroes gather to pay their respects. Markus and McFeely explained that although Black Widow’s death is all but invisible by comparison, it’s a fitting end to a character who had spent her whole life in the shadows.

“Her journey, in our minds, had come to an end if she could get the Avengers back,” McFeely told the Times. “She comes from such an abusive, terrible, mind-control background, so when she gets to Vormir and she has a chance to get the family back, that’s a thing she would trade for.”

Endgame delivered the big hero moment for Tony Stark and the fitting and lovely sendoff for Cap, but it might have been Black Widow’s lonely plunge that lingers the longest.