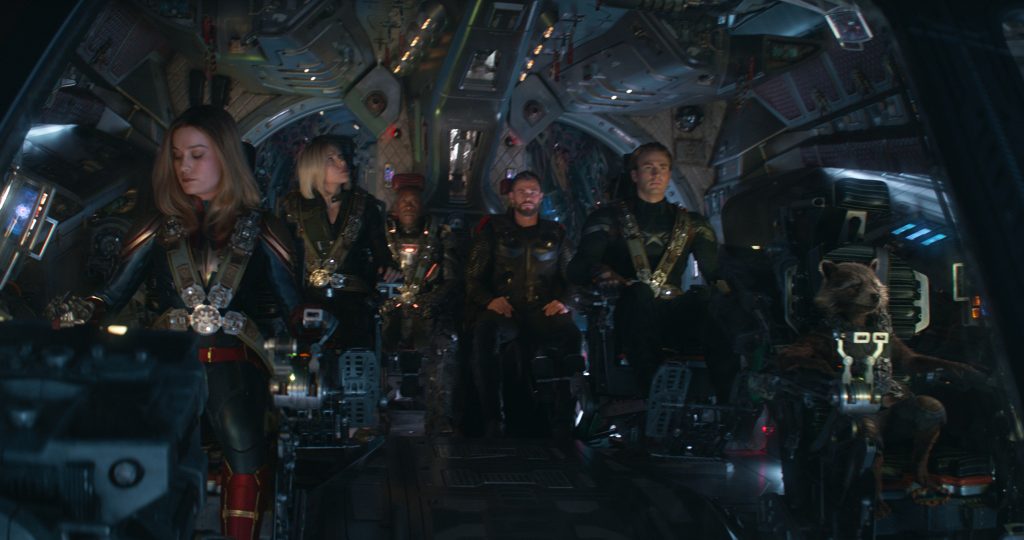 Avengers: Endgame is a global phenomenon. That this was always going to be the case—the built-in fan base all but assured its box office dominance—really shouldn’t mitigate the fact that it has captured the imagination of this many people. Nor should we refrain from marveling (apologies) at the fact that this movie, capping an 11-year, 22-film grand experiment in world-building, delivered such an emotionally satisfying story. Endgame broke the record (by a mile) for the biggest opening weekend of all time. It has been lauded by critics—even those who usually find superhero films unsatisfying or unnecessarily bloated.

The Russo Brothers and their writers, Christopher Markus, and Stephen McFeely, managed to pull off a story that by all rights should have crumbled under the weight of its expectations. This was not only the second part of their epic Infinity Series undertaking (which of course began with last year’s shocking somber Infinity War), it also bore the responsibility of being the film that connects all of the Marvel Cinematic Universe. The fact that Endgame succeeded in these regards is astonishing. For many folks (myself included), yesterday was truly one-of-a-kind and possibly unrepeatable moment in collective pop culture experience; by day, I watched one of the grandest spectacles I’ve ever seen on a big screen. By night, I watched one of the grandest spectacles in TV history.

It goes without saying that Avengers: Endgame, living up to its title, delivered codas and farewells while ushering us into a new phase of Marvel moviemaking. If you haven’t seen Endgame yet, obviously read no further.

Let’s look at some of the ways the MCU has been altered by Endgame, as well as some of the more surprising twists.

While there might not have been any real possibility that Thanos would survive Endgame, how many of us foresaw his death in the opening minutes? The Avengers locate Thanos on a distant planet, arrive to find him without the Infinity Stones and grievously injured, and manage to question him about the Stones for all of a minute before Thor decapitates him. This clever upending of expectations was possible because the Avengers were always going to have to mess around with time in order to get their friends, and everyone else, back from the dust. Thus, Endgame opened and closed with Thanos’ death, giving us a chance to watch the Mad Titan pay the price for his crimes twice, the latter demise much more satisfying. It was also an appropriately epic double-ending for the MCU’s biggest, baddest supervillain.

A noble but shocking death

Gotta say I didn’t see this one coming. Scarlett Johansson’s Black Widow became the Avengers defacto leader in the events after Thor decapitated Thanos in the opening minutes. She’s clearly still on edge—as evidenced by her curt instructions to her far-flung Avengers who appear before her via holograms to update her on their global efforts. Because Thanos destroyed the Infinity Stones and Thor killed him, there’s no chance to resurrect anyone (until the Quantum Realm-voyaging Ant-Man shows up).

Eventually, once the Time Heist plotline kicks in and our Avengers go traveling into the past to gather up the Infinity Stones before Thanos can, Black Widow and Hawkeye are forced to make a terrible choice—one of them must die in order to possess the Soul Stone. Their fight—each wants to be the one to sacrifice themselves—was one of the most cleverly choreographed and saddest skirmishes in MCU history. Hawkeye has never bested Black Widow in a fight (they’ve tussled a few times), and he fares no better here. Black Widow dies so that her friends might live. It was heartbreaking and surprising in equal measure. I guess this means the Black Widow stand-alone movie is definitely set in the past.

You have to imagine that when McFeely, Markus, and the Russo Brothers honed in on Tony Stark’s arc in Endgame they felt very good about the character’s sendoff. Robert Downey Jr. has been the face of the MCU since he burst onto the scene in the first Iron Man (2008). That film gave us Stark’s origin story, from a self-obsessed and morally adrift billionaire who makes weapons into a man with a growing sense of right and wrong who make himself into a weapon. Unlike the DC’s superheroes, who often ply their trade in secret, Tony Stark proudly proclaimed to the world that he was, in fact, Iron Man. Hence the overwhelmingly satisfying coda to Endgame, where after a heroic effort by just about every superhero in the MCU, it’s Tony Stark who manages to get the Infinity Stones from Thanos. “I am inevitable,” Thanos says, believing he’s about to once again snap the remaining survivors to death. Only his Infinity Gauntlet has no stones. Tony’s got ’em, and his, “And I am Iron Man,” sent screams through my theater.

We were all but certain Captain America was going to die in Endgame, but instead, he summoned Thor’s hammer Mjolnir (recaptured during their time traveling), proving himself worthy. I can’t recall hearing people cheer that loudly in a movie theater—possibly I have, but I don’t remember it—when Cap raised the hammer and Thor screamed, “I knew it!” Cap fought Thanos nearly to a standstill and proved, once again, that he’s the Avengers most relentless combatant for good. If the surprising thing was that Cap survived the battle, the shocking thing was that he turned his new mission—to return the Infinity Stones back to their required place along space-time (don’t ask)—into a chance step out of the superhero game and live a normal life. Cap returns to the present, post-Thanos world an old man. He gives a new shield to his friend Sam Wilson, who was as moved as the rest of my theater was by the gesture. Sam feels a little weird brandishing the iconic vibranium shield, but he looks good doing so. Cap’s storyline ends, as does the film (no post-credits sequences here) with a kiss.

Banner and Hulk, together at last

How many of you saw a medium-sized, temperamentally controlled Hulk coming? Yeah, we didn’t, either. One of the many surprising narrative twists was Bruce Banner figuring out a way to both be the Hulk and his brainy self without the former overriding the latter in a green blur of rage. He did this by once again inundating himself with gamma rays, and managed to survive the events of Endgame with nothing more than a severely damaged hand. What this portends for the future of the character is unclear—a Banner/Hulk dynamic made peaceable is a very different character indeed.

Meet the newest Guardian of the Galaxy?

Okay, first things first—yes, Endgame gave us Chunky Thor. The Asgardian God of Thunder has gone to seed since he chopped of Thanos’s head. He spent the five years after that drinking in New Asgard (a seaside village on Earth now), becoming large and not at all in charge. Yet by the film’s climactic final hour, Thor is doing his level best, despite the extra weight, to fight alongside his friends and kill Thanos (again). Once that nasty business is done, Thor hands the reigns of New Asgard over to the very capable Valkryie and heads off into space with the resurrected Guardians of Galaxy. Does this mean Thor has a part in Guardians of the Galaxy Vol. 3? One can dream.