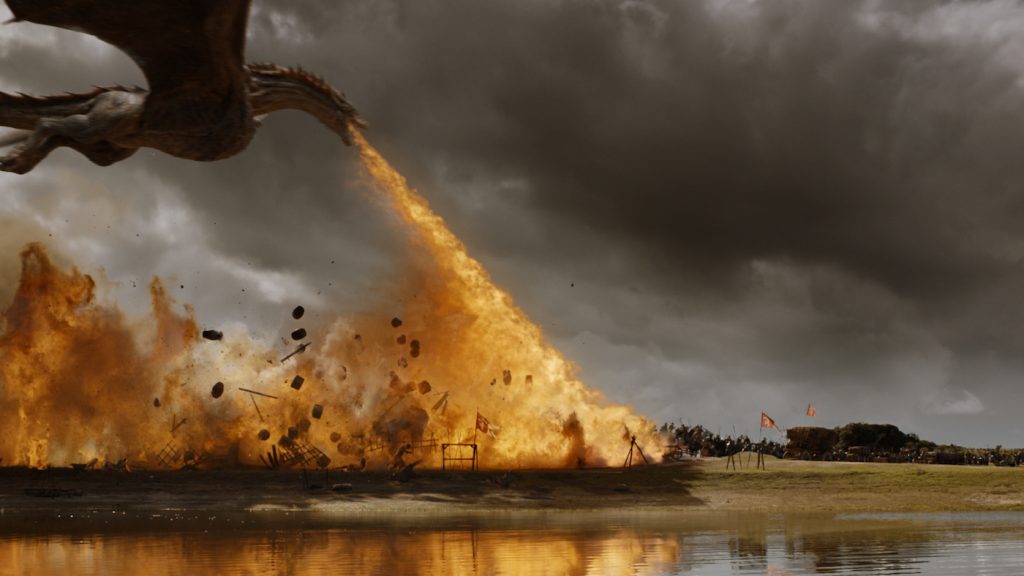 We are less than two weeks away from Game of Thrones season 8 premiere. In the run-up to the first episode of the series last season, HBO has been giving us a ton of behind-the-scenes looks. We’ve learned how the stunt crew safely sets people on fire. We’ve watched the prosthetics team turn actors into White Walkers. We revisited one of the series most seminal moments with director Alan Taylor, who shared how he filmed the scene that put the show on the map in season one. There’s even a documentary about the making of season 8 that will follow the finale episode.

Now we’ve got a fresh BTS video that highlights the work of the visual effects team. Obviously, a show with three dragons is going to require some serious CGI. Folks like VFX producer Steve Kullback and VFX supervisor Joe Bauer have had the Herculean challenge of not only creating TV’s most visually ambitious show but doing so quickly. Such is the nature of TV that things need to be executed at a breakneck pace. The video gives you a glimpse of how these wizards create everything from Dany’s dragons to the giant Wun Wun. As with everything in Game of Thrones, the VFX team has grown bigger with each season as the challenges have expanded in size and scope. In seasons 2 and 3, for example, there were 600-800 VFX shots in a season. “Now we’re looking at multiples of that in a single episode,” Kullback says.

You’ll see quite a few of the show’s most memorably massive sequences here. One such scene is Viserion’s death, one of Dany’s three dragons. The Night King’s well-aimed ice-spear turned Viserion from Dany’s protector into a terrifying new enemy. The moment when the Night King puts his hand on Viserion’s snout and the dragon’s eye pops open—ice blue—is one that both Kullback and Bauer count as among their favorites.

Check out the visual effects video below. Game of Thrones premieres on April 14, 2019.