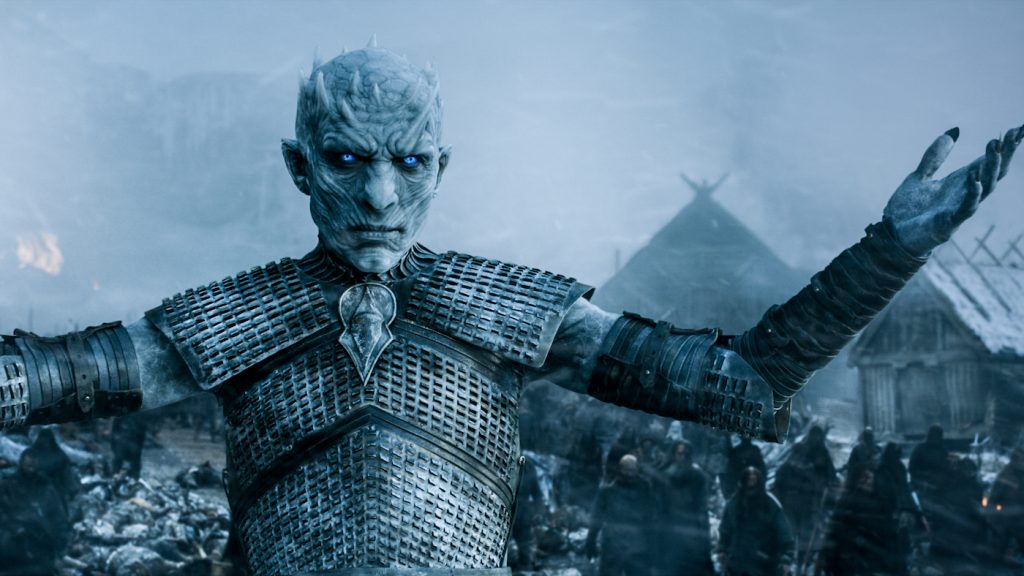 When you think of the beastly creatures in Game of Thrones, the first thought is usually paid to Dany’s trio of dragons. When we analyzed season 8’s trailer, one of the most joyous parts was watching characters react to seeing Drogon and Rhaegal for the first time. (We all know what happened to Dany’s other dragon, Viserion.) Yet when you really think about it, GoT has boasted a wide variety of inhuman characters, or characters whose humanity has been altered. You’ve got the Elvin-like Children of the Forest, the poor souls afflicted with Greyscale, the dearly departed humans turned into Wights by White Walkers, and the White Walkers themselves. Nearly every character has seen their appearance changed, many drastically, since the show began, all of which has required heavy makeup and prosthetics work. Now you can see how human actors are turned into GoT‘s many wondrous and monstrous creatures. HBO has released a new video celebrating the work of the Game of Thrones prosthetics department.

Prosthetics work is a major reason why it’s so easy to let yourself get pulled into the weird, fantastical world first envisioned on the page by George R. R. Martin. While CGI is responsible for Dany’s dragons, much of the show’s effects are practical. Designers like Barrie Gower bring the ghoulish, ghastly and gruesome aspects of Westeros to life. Their commitment to their craft is no joke—it takes hours to apply and remove the prosthetics. It can sometimes take up to 8 hours to turn an actor into his or her character. This is after Gower and his fellow artists spend about four to six weeks to build the prosthetics.

The prosthetics team has gotten bigger and better every season. When Gower was hired in season 4 there were only a handful of Wights and White Walkers. A season later in the epic “Hardhomee” episode, suddenly there were between 40-50 actors wearing prosthetics playing the icy-eyed undead. Like with everything else in season 8, their work got even more intense for the final six episodes. The coming battle between the living and the dead meant more actors in prosthetics than ever before.

We’ll see their work in the flesh when Game of Thrones bows on April 14.