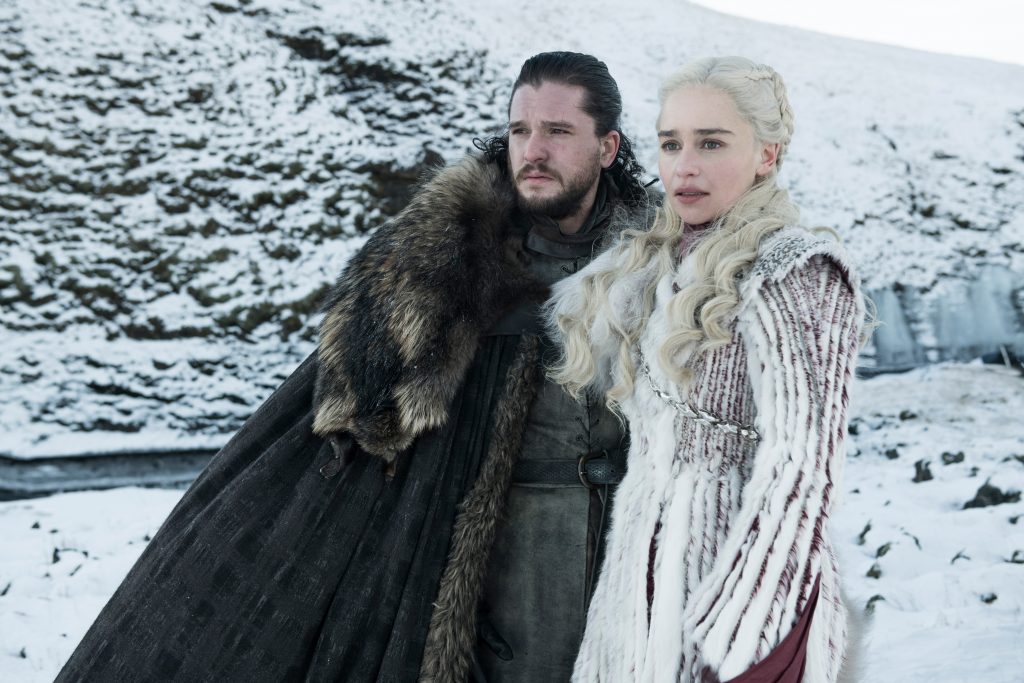 The Conditions for the Final Game of Thrones Battle Were Brutal

For all of the craziness that has occurred on Game of Thrones, even the wildest moments are unlikely to stack up to what is to come. I am honestly exhausted after reading this deep dive by Entertainment Weekly into the episode long battle scene for the epic show’s final season.

You would probably be safe to say that of the Game of Thrones surviving cast, none among them are divas. They each endured what sound like the most brutal filming circumstances imaginable on set for eleven weeks. In darkness and cold, the cast and crew slogged through to bring us the ultimate climax. The showdown between the Army of the Dead and…whoever is left.

EW reports that the temperatures for shooting often dipped below freezing and 750 people were on set enduring the elements. This was no soundstage. They were among the elements through rain and sleet and mud.

“I heard the crew was getting 40,000 steps a day on their pedometers,” Liam Cunningham (Ser Davos Seaworth) says. “They’re the f—king heroes.” Sporadically, one of the crew members would get switched to the day shift where a different episode was being shot and you could instantly spot the gaunt, gray-faced battle episode workers. “It’s like seeing Nosferatu coming in,” [showrunner David] Benioff says.

These sacrifices were not made lightly, it seems. There is an easier way to make this kind of scene come together, but ultimately it wouldn’t be a Game of Thrones masterpiece. What we see on screen has to be authentic in director Miguel Sapochnik’s opinion. He would know. Sapochnik brought us “Hardhome” and “Battle of the Bastards.”

“We built this massive new part of Winterfell and originally thought, ‘We’ll film this part here and this part there,’ and basically broke it down into so many pieces it would be shot like a Marvel movie, with never any flow or improvisation,” Sapochnik says. “Even on Star Wars, they build certain parts of the set and then add huge elements of green screen. And that makes sense. There’s an efficiency to that. But I turned to the producers and said, ‘I don’t want to do 11 weeks of night shoots and no one else does. But if we don’t we’re going to lose what makes Game of Thrones cool and that is that it feels real.’”

The producers agreed. “When you have rapid cutting [in an action scene] you can tell it was all assembled in post-production,” Benioff says. “That’s not the show’s style and it’s not Miguel’s style.” So they approved a schedule that became infamously known among the team as “The Long Night.”

Whoever ends up on the Iron Throne after that experience will truly deserve it. Actor Iain Glen attested to the grueling conditions.

“It was the most unpleasant experience I’ve had on Thrones,” Glen says. “A real test, really miserable. You get to sleep at seven in the morning and when you wake in the midday you’re still so spent you can’t really do anything, and then you’re back. You have no life outside it. You have an absolute f—ked bunch of actors. But without getting too method [acting] about it, on screen it bleeds through to the reality of the Thrones world.”

Winter is here and it is no joke. We take our crowns off to this cast and crew who truly delivered no matter how it ends.