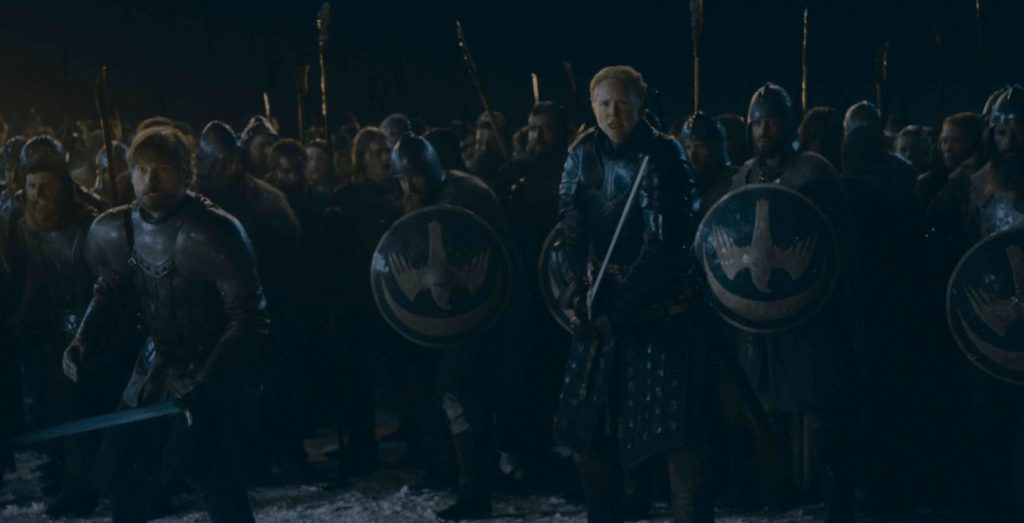 Once the White Walkers got within spitting distance of Winterfell in “A Knight of the Seven Kingdoms,” all thoughts turned to death. We know that some of our favorite characters are going to die in the coming battle. We’ve speculated on who that might be, and why. The internet, as always, is a verdant digital field of Game of Thrones theories. Many of them sound awfully plausible. Yet hearing from the director of episode three himself, Miguel Sapochnik, hammers home the point about how grim Game of Thrones is about to get.

The Emmy-winning director spoke to Entertainment Weekly about the upcoming battle, which he’s called “survival horror.” We’ve already heard about how epically intense filming the battle was. It involved 11-weeks of night shoots in frigid temperatures. The undertaking was such a massive endeavor, the cast and crew memorialized it with a name—”The Long Night.”

What’s interesting is that the battle we’re going to see isn’t just one massive, relentless bloodbath. In fact, Sapochnik turned to another epic, iconic battle for guidance:

For my reference point I watched [The Lord of the Rings: The Two Towers] because the siege is a 40-minute sequence, but it’s actually three different battles in three different places intercut. That was the biggest thing I could think of that was contemporary. I was trying to get a sense of when do you tire out. I think we’re going to blow past that. It feels like the only way to really approach it properly is take every sequence and ask yourself: “Why would I care to keep watching?” One thing I found is the less action — the less fighting — you can have in a sequence, the better. We also switch genres. There’s suspense and horror and action and drama and we’re not stuck in killing upon killing because then everybody gets desensitized and it doesn’t mean anything.

This is a fascinating point. One of the most crucial, and difficult, aspects of making great film and television is pacing. Too much of anything becomes rote. Another interesting point he makes is that unlike previous battles in which a single character’s point of view might dominate, here we are seeing the carnage from the vantage of dozens of characters:

This is survival horror. That’s the whole episode for me. What we realized is you look at like Assault on Precinct 13 — movies where a group is under siege — usually there’s an ensemble cast and a central theme in there. So I’ve been trying to work out whose story this is. That’s different than the stuff I’ve done previously which was generally from Jon’s perspective. Here I’ve got 20-some cast members and everyone would like it to be their scene. That’s complicated because I find the best battle sequences are when you have a strong point of view, and here the point of view is objective even when you go from one person’s story to another. Because when you’re cutting back and forth, [the perspective] becomes objective whether you want it to or not. I keep thinking, “Whose story am I telling right now? And what restrictions does that place on me that become a good thing?”

Game of Thrones has been building to this battle for eight seasons. Every previous episode has nudged us towards this horrifying and unavoidable cataclysm, and in the process has made us care about the characters it’s about to toss into this bloody blender. If there’s any note of hope to grasp onto here, it’s that Sapochnik calls it survival horror. That would lead us to believe someone, maybe even several someones, will survive.