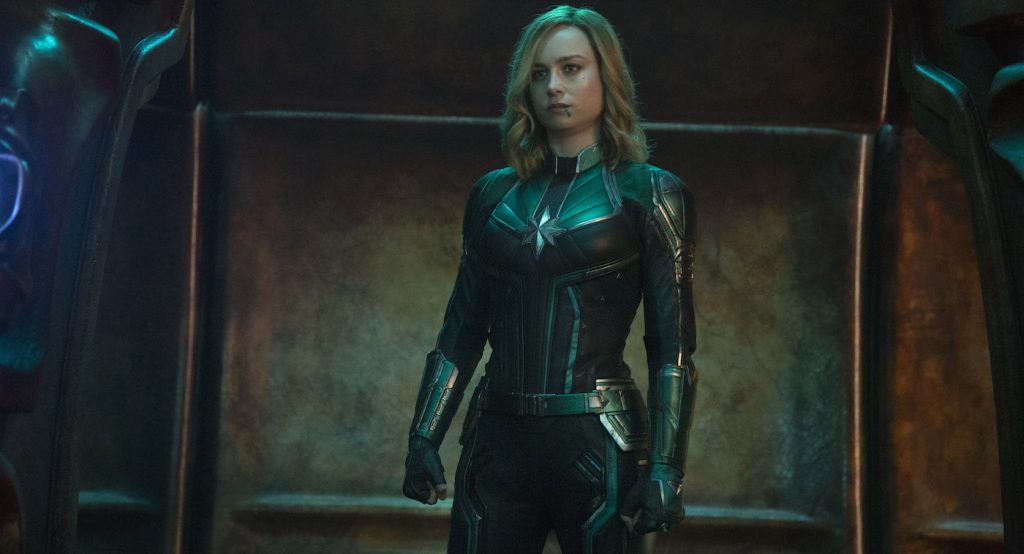 And here it is—our first clip from Avengers: Endgame. Good Morning America had the cast on their show today and revealed the clip towards the end of the segment. The scene features some heated banter regarding Captain Marvel (Brie Larson)’s long absence from Earth, and even delves into some plot specifics about how the gang is planning on going after Thanos.

Marvel has been keeping Endgame‘s story details mostly under wraps, making this clip fairly unique. Surprisingly, we get to hear a bit about the surviving Avengers’ plans for how they’re going to take on Thanos. They’re developing a strategy to get those infernal Infinity Stones back from the Mad Titan and reverse his Universe-halving snap. As is Avengers fashion, their planning session also doubles as an opportunity for some testy but witty banter. James Rhodes (Don Cheadle) is curious where Captain Marvel has been while the rest of the survivors were fighting Thanos. She patiently explains that problems exist off of Earth, too. What’s more, on those planets, there aren’t any Avengers around to help out.

We are deep into Marvel’s marketing blitz for Endgame. We’ve heard from the Russo Brothers, the cast, and even Thanos himself. Considering Marvel has been extra careful about plot details, our guess is that this clip could also be a bit of misdirection. The gang is talking about trying to get the Infinity Stones back, but that might not be the only way to defeat Thanos and resurrect their friends. We saw the Avengers actually face-to-purple-face with Thanos in the last trailer on what appeared to be another planet. Yet there’s reason to believe that their ultimate strategy might be far stranger, or more extreme, then trying to pry the Infinity Stones from his gauntlet. It doesn’t track that Marvel would protect the plot so tightly, only to reveal the Avengers’ plan a few weeks before the premiere.

Whether or not this clip represents their ultimate strategy for fighting Thanos, it’s intriguing nonetheless. Especially seeing how the old guard responds to newcomer Captain Marvel, and her eagerness to take the fight to Thanos immediately. With all due respect to Rhodes, he hasn’t seen what Captain Marvel’s capable of. He will.