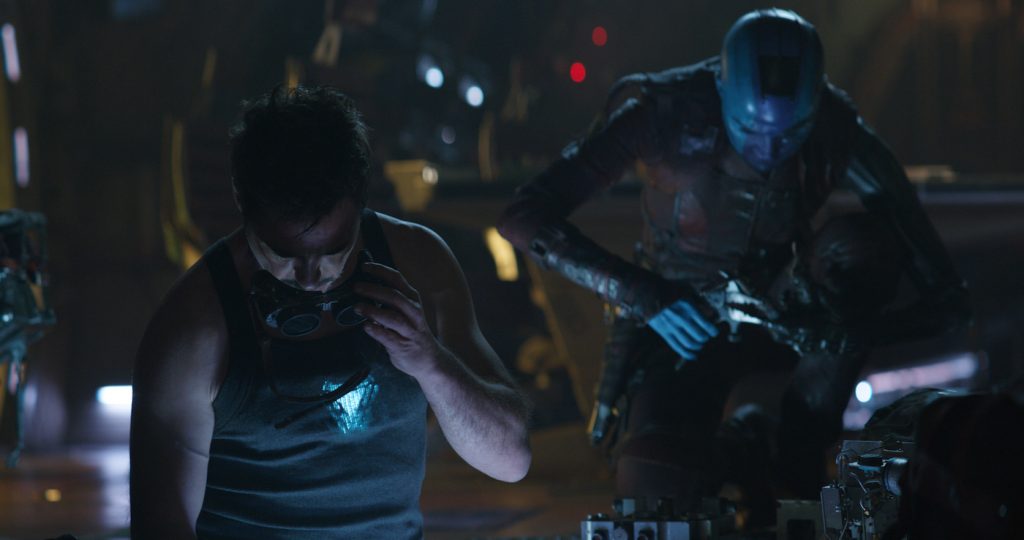 Did Robert Downey Jr. just challenge the Internet? Okay, that’s taking his quote in this brand new Avengers: Endgame featurette a bit out of context, but we already know that a lot of people are theorizing on what’s going to happen in the Russo Brothers’ upcoming epic. Here’s what Downey says towards the end of the video: “I guarantee you there is no way anyone could guess what’s going to happen.” Thousands upon thousands of fans beg to differ.

“Infinity War was nuts…but this one is going to be our finest hour,” Downey says at the top of the featurette. Considering he’s the most tenured Avengers of them all, we’ll take his word for it. Downey kicked this whole Marvel Cinematic Universe thing off with 2008’s Iron Man, after all, so he’s in a great position to gauge how Avengers: Endgame stacks up. Infinity War famously shocked audiences with that epically somber ending. How will Endgame top that?

“Every time you think Marvel’s pulled every single trick out of the bag, they’ve actually saved the best stuff for this one,” Chris Evans says. Does that best stuff also include Cap paying the ultimate sacrifice? If you were going to bet on which Avenger lays down his or her life for the cause, unfortunately, Evans’ Cap is the most likely candidate—he’s already said this will be his last film brandishing the vibranium shield.

Thanos made his first appearance since killing half the living species in the universe in the most recent Endgame trailer. Now we’re a mere two weeks away until we see how the Avengers earn their name and get their vengeance on the Mad Titan. As this new featurette makes plain, if you thought Infinity War was intense, you ain’t seen nothing yet.

Check out the new video below. Avengers: Endgame opens wide on April 26, 2019.