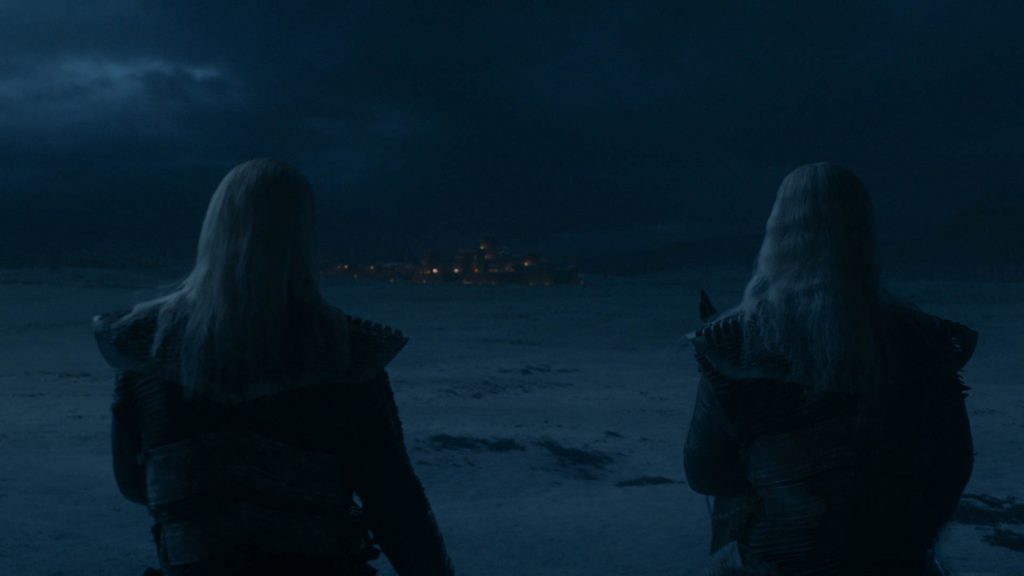 The Night King and his army of the dead arrived at Winterfell at the end of the second episode. All of the build-up to this epic clash—including the macabre messages and various skirmishes—is finally about to pay off. The first two episodes of season eight gave us a chance to breathe. We spent time with these characters we’ve spent nearly a decade getting to know. We laughed. We cried. We cringed anytime Bran made some bizarre remark. All that’s over now. The trailer for Game of Thrones’ third episode shows us that we’ve finally arrived at the war that has been building since the pilot.

“The most heroic thing we can do now is look the truth in the face,” says Sansa Stark says at the outset of the trailer. The relative good times from “A Knight of the Seven Kingdoms” is over. Will anyone ever gather by a fireplace to drink and sing again?

The director of the third episode, Miguel Sapochnik, described the lengths to which his crew and the cast went to make the battle worthy of the build up. He described the grueling schedule to Entertainment Weekly:

“We built this massive new part of Winterfell and originally thought, ‘We’ll film this part here and this part there,’ and basically broke it down into so many pieces it would be shot like a Marvel movie, with never any flow or improvisation,” Sapochnik says. “Even on Star Wars, they build certain parts of the set and then add huge elements of green screen. And that makes sense. There’s an efficiency to that. But I turned to the producers and said, ‘I don’t want to do 11 weeks of night shoots and no one else does. But if we don’t we’re going to lose what makes Game of Thrones cool and that is that it feels real.’”

The upcoming episodes represent the results of this Herculean effort. Check out the trailer here: