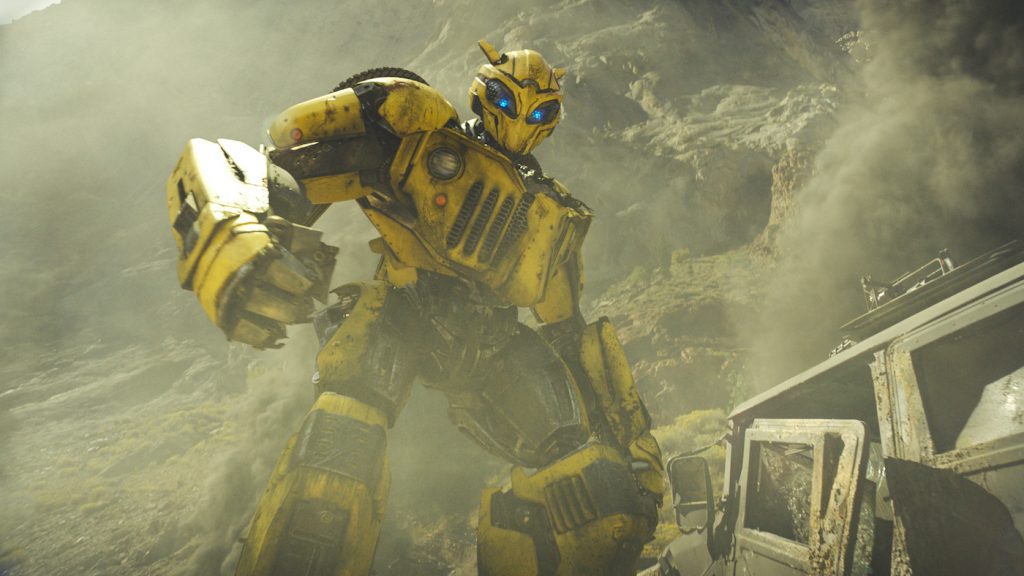 You can now get a glimpse of what a different kind of Bumblebee film might have looked like. Director Travis Knight’s beloved stand-alone film is already available on digital HD and will be released on Blu-ray release next month. This means Paramount has been racing out a slew of special features. One of those is a much grimmer opening scene that would have likely set the stage for a very different version of the film. The one we did get was pretty special.

The opening sequence we did get was set on Cybertron. It was an exuberantly colored scene that set the tone for the rest of the film. It showed us Bumblebee as the dutiful soldier whose most important mission is keeping the Decepticons from knowing the Autobots secrets. Yet this alternate opening sequence is completely different. It gives us a cold open in a jungle with John Cena’s Agent Burns and his sector 7 soldiers hunting an injured Bumblee.

The alternate sequence opens with the words, “I’m done with this mission. Mankind is not worth saving.” The next thing we see is the injured Bumblebee, suggesting this is a very different version of the character we saw in the final film. Here he’s an embittered protector, questioning his loyalty to the human race. Knight ultimately decided to go to with the more colorful, less glum opening. Take a look at what could have been below:

We get a little more lighthearted comedy in a second deleted scene. This features Charlie (Hailee Steinfeld) getting her obnoxious little brother Otis (Jason Drucker) to wash her incredibly dirty new car. “You’re too young and dumb to understand this now, but a car means freedom,” Charlie tells Otis. “Independence. A car changes everything.” At precisely this moment, Bumblebee breaks down on her. Naturally right in the middle of a part of town where her fellow high school students are there to laugh and mock her.

For whatever reason, the scene never made the final cut (maybe because Otis is fairly annoying?), but here it is for your viewing pleasure.

Bumblebee was a joy for plenty of reasons. The retro Gen 1 designs, Hailee Steinfeld’s excellent performance, and a brisk, well-paced storyline that gave the most beloved Transformer a proper origin story.  It’s interesting to see what choices could have been made—and perhaps almost were—with these deleted scenes.