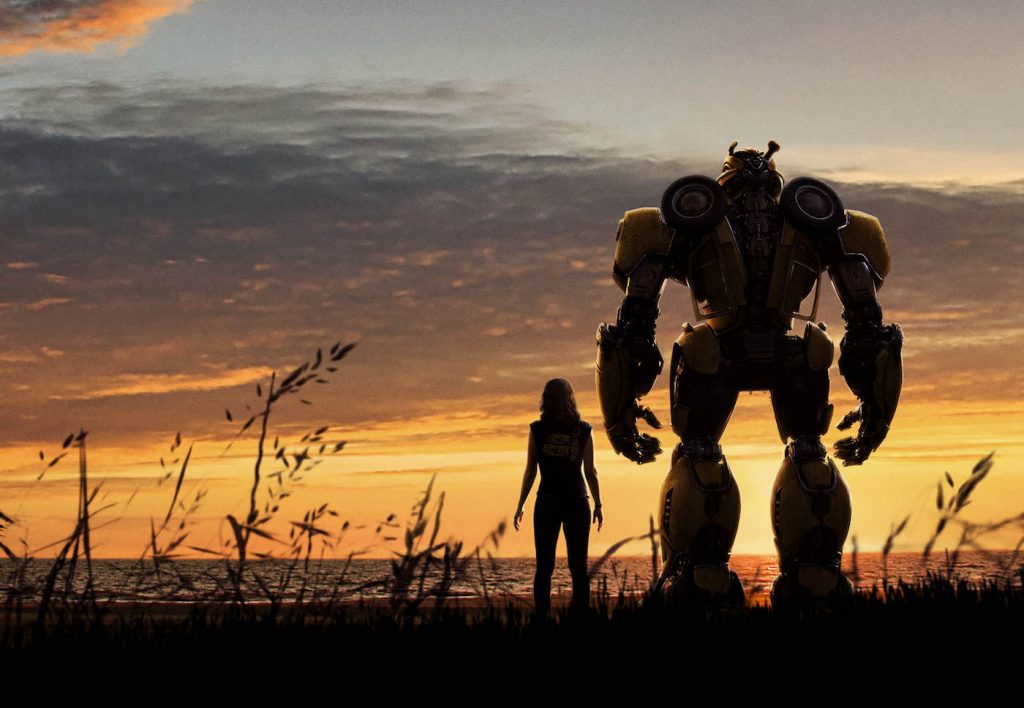 The most lovable of the Transformers is, fittingly, the first to get his own spinoff. Behold the first Bumblebee trailer, which peels away the mechanized ensemble and puts the focus squarely on the yellow shoulders of the sentient Volkswagen Beetle. This Paramount Pictures release features the very talented director Travis Knight (Kubo and the Two Strings) making his live-action directing debut with Bumblebee. The film stars Hailee Steinfeld as Charlie Watson, Bumblebee’s trusty human in a story set in the very Transformer-centric 1980s. The two meet-cute in Charlie’s garage, and the moment Bumblebee leans in to press his face against her hands will likely melt the hearts of a certain segment of the population.

Eschewing the massive scale of the five previous Michael Bay-led Transformers films, Bumblebee will be a smaller, more intimate affair. The relationship between Bumblebee and Steinfeld’s Charlie Watson will anchor the film, which will resemble more of a coming-of-age story than the usual knock-’em-up, save-the-world Transformer-scale epic. With a great cast of largely comedic actors, Bumblebee is shaping up to be a very interesting litmus test for the Transformers franchise. If people still flock to the theaters to see this very different kind of Transformers spinoff, perhaps the mega morphing Autobots can span out in all sorts of heretofore unbelievable directions. A Transformers romance starring Ironhide? Okay, probably not.

The first trailer reveals just how much of a buddy/teen story this is. Steinfeld is a very charismatic and capable performer, and Bumblebee has long been the one Transformer you’d actually want to spend some alone time with. The cast, which includes John Cena, Pamela Adlon, Kenneth Choi, Megan Pryce, and Martin Short, is excellent, and having Knight behind the camera lends the film a singular look and feel that gives Bumblebee a real shot at being something unexpected.

Here’s the synopsis, or at least what Paramount is revealing thus far: On the run in the year 1987, Bumblebee finds refuge in a junkyard in a small Californian beach town. Charlie, on the cusp of turning 18 and trying to find her place in the world, discovers Bumblebee, battle-scarred and broken

Watch the first Bumblebee trailer below. The film opens in theaters on December 21st.