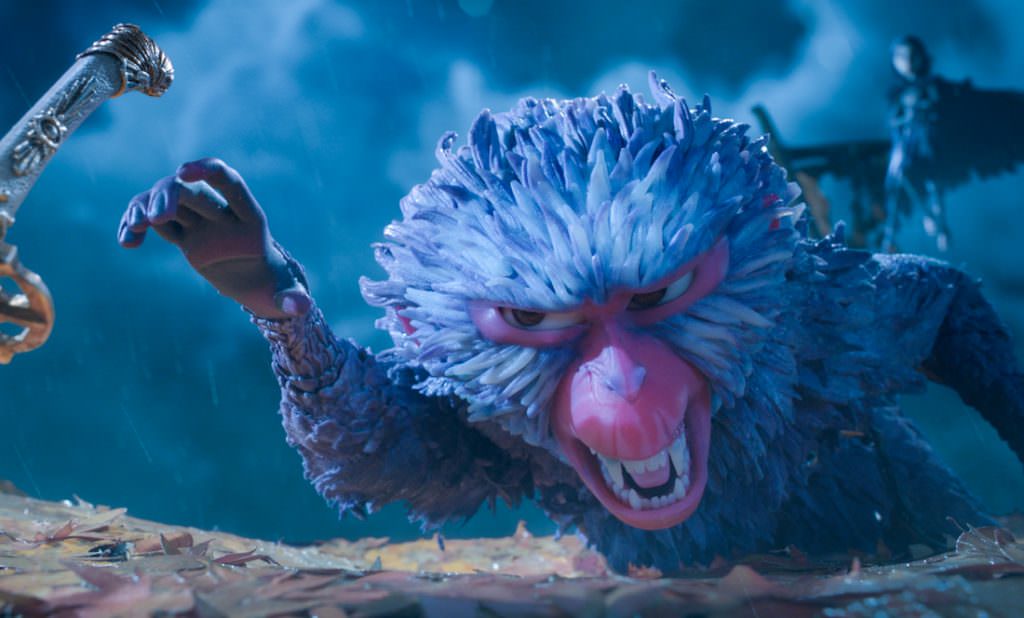 Travis Knight's Kubo and the two Strings is a gorgeous, animated meditation on the love between a mother and a son. The luscious look of the film, created by Laika's brilliant stop-motion animation, is something to behold (this is to say nothing of the the sound of the film, which includes a glorious theme song by Regina Spektor). Knight is Laika's CEO, and his first foray into filmmaking begins with a cold open, throwing the audience right into the heart of the story without explanation. Fusing stop motion puppetry with the latest digital animation technology, Kubo and the Two Strings doesn't look like your typical animated film.

The cold open sees Kubo and his mother on the high seas, being washed up on a beach. What looks beautiful, but simple (two characters, an ocean, a beach) is incredibly complex when you're trying to animate it, let alone with stop motion puppetry. So how do you take puppets that are, as Knight explains in this video created by Wired, "assemblages of steel and silicon on a hard surface and make them look like flesh and bone and cloth on a soft, sandy surface?" Let Wired's incredible look at the opening of the film show you how painstaking the process was. Kubo and the Two Strings is the type of film that's truly a labor of love, one that took the ingenuity and craftsmanship of every filmmaker involved.