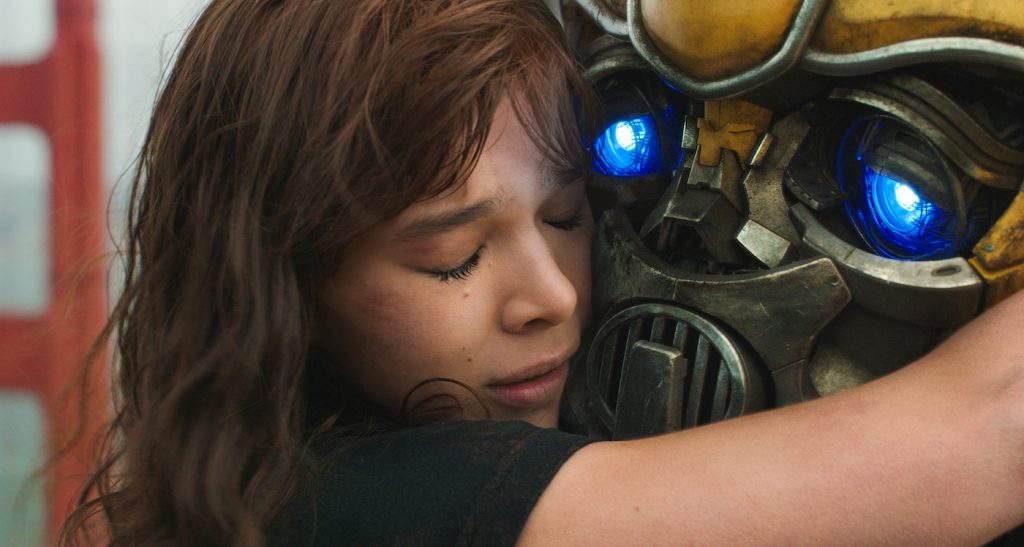 Bumblebee has critics buzzing and may boost the Transformers franchise in a satisfying new direction. The robot adventures have always been fun and larger than life, but sometimes their heart is more steel than human. The 1980s prequel appears to be reintroducing that much needed emotional hook.

The Transformers series has been largely popcorn fare, so critics were surprised to find how engrossing the character-driven installment actually is. Travis Knight took over directing duties from Michael Bay and it apparently shows. /Film’s Peter Sciretta was awestruck to find he liked Bumblebee even better than the original film. “Better than TF1, and I really liked the first Bay film a lot,” Sciretta tweeted.

I am shocked at how much I loved #bumblebee! The script is full of heart and character first, the action is impressive even without Bay, Hailee Steinfeld is just great, gen1 designs and the 80s time period is perfect. Better than TF1, and I really like the first Bay film a lot.

Knight brings his renowned animation skills from celebrated studio Laika. Fandango’s Erik Davis said that the retro vibe of the robots actually “makes it easier to follow and enjoy the action.” Bay undoubtedly can orchestrate some stunning spectacles, but it can be easy to lose details in the chaos. Apparently, we’ll get a more intimate look at the Transformer vs. Decepticon battle in Bumblebee. Of note, no one seems to be griping about hearing Bumblebee speak for the first time. That’s a good sign that the gamble pays off.

#Bumblebee is the best #Transformers movie and my favorite, too. Hailee Steinfeld elevates every scene she’s in, and the older look of the robots makes it easier to follow and enjoy the action. pic.twitter.com/cAWWQLKfB9

#Bumblebee is the best Transformers movie – BY FAR. Beautifully shot, tons of spot-on humor and absolutely brimming with heart. No surprise here but Hailee Steinfeld is fantastic. The whole thing is just an utter delight!

#BumblebeeMovie is one of the year’s best and most heartfelt blockbusters. Travis Knight expertly directs a coming of age story about a girl and her robot. Impressive visuals, well rounded characters, and G1 greatness. Need to see more from THIS Transformers stat. #Bumblebee pic.twitter.com/dXfS8OhlLF

Set in the 1980s, a tricky era to be sure, Knight apparently gets the ambiance right. Harkening back to the height of teenage nostalgia and enlisting what sounds like an epic soundtrack, critics loved the retro style.

#Bumblebee is TOTALLY an 80s movie in the BEST way possible. Has major Spielberg and John Hughes vibes. There’s like 4 running Breakfast Club gags and @HaileeSteinfeld (who is great) spends half the movie trying to make Bumblebee appreciate The Smiths. Holy crap I loved that. pic.twitter.com/ZiyLfO2XOo

Overall, this is great news for Transformer fans and Knight’s introduction to the franchise. There are plenty more storylines to explore and if fans agree with the critics, there will definitely be demand for it.