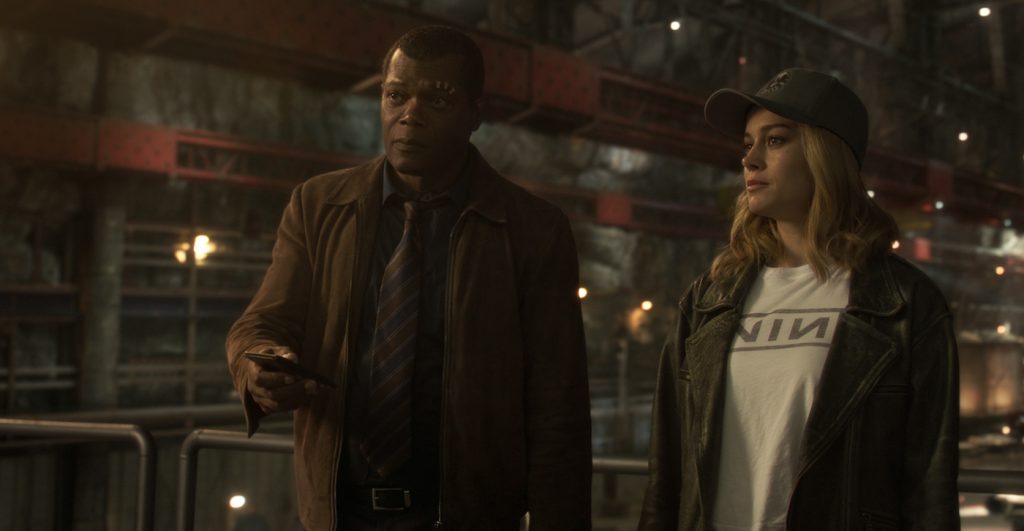 Carol Danvers, where have you been all our lives? But, seriously. We could have used you before now. There have been some serious threats to the MCU, but by the time Thanos showed up and started scooping up Infinity Stones, we definitely could have used some backup.

Obviously, the Avengers do great work, but they weren’t enough to stop the baddest alien invader in the universe from destroying half of everything. There’s no shame in that. We’re not saying these heroes aren’t super. I can’t remember the last time I saved my own life with an electronic heart or emitted a force field with my bare hands. They definitely have some stuff going for them. It just isn’t Captain Marvel level of superpowers.

Now that we know she exists and can outmatch any and all Avengers, why didn’t Nick Fury call on her before? We need some Photon blasts and space flight up in here. After the snap that began the disintegration felt around the universe, Nick Fury finally smashed that emergency button. Even then, it was at the very last second – in a post-credits scene. So, why the long wait, Nick? IGN asked Samuel L. Jackson that very question, and he has a convincing answer.

“She said only in emergencies. The other emergencies could be handled by the people who were present. It’s just an alien invasion, that’s something that can be handled. Half the population wasn’t dying and flaking off and doing whatever. We finally have an emergency that I feel warrants her presence. This is something that’s unprecedented. How do you fight that? I can’t fight it if I’m not here, then I need to find someone to come here who can handle it. All those people are ineffective. They’re great for normal, everyday world disaster. But intergalactic badass who has all the Infinity Stones needs a bit more.”

Fair enough. Carol is truly the nuclear option and we don’t want to exhaust ALL of our resources until we have to. At this point, though, we have to. The fate of the universe – and remaining Avengers – depends on it. Safe to say, we’ll see you in Endgame, Captain.