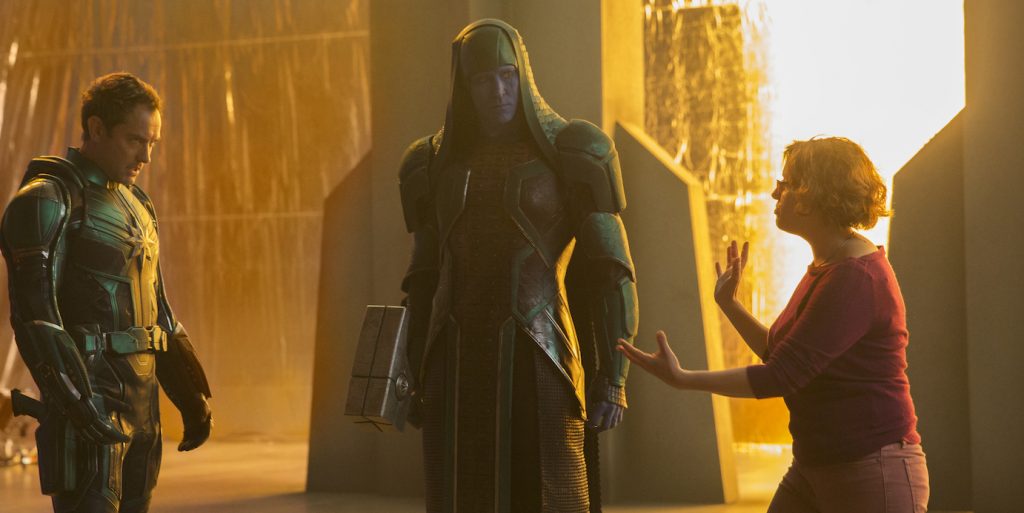 The countdown to Captain Marvel finally concludes this week, when the superhero makes her solo debut on Friday. This won’t be Ms. Marvel’s only rodeo, however – she’ll meet with the remaining Avengers in Endgame, and the directors for both films got the chance to join forces behind the scenes.

Captain Marvel directors Anna Boden and Ryan Fleck sat down with ComicBook.com and discussed their collaboration with Joe and Anthony Russo in relation to Captain Marvel and her upcoming role in the sequel to 2018’s Infinity War.

“A little bit,” said Fleck. “They invited us to the Infinity War set and obviously Captain Marvel’s not in that one but we talked to them about some of our plans for the movie and they didn’t tell us much about plans for theirs but it was fun. It was great because they’ve done a number of these movies and were able to sort of teach us the ropes a little bit and we were able to describe the character that we wanted Carol Danvers to be and they were psyched about it.”

Carol will have to bring it on when she and the Avengers try to undo Thanos’ global genocide, but she’ll also add her great sense of humor to the team, something which Boden is particularly fond of about the character.

“Her humor, her grit, but also just her humanity and her relationships with other women that she wrote so well,” said Boden. “There are moments in those comics that aren’t about action at all and are just about feeling the emotion and of the death of a friend, and those are the moments that stick out with me as much as that action-oriented kick-ass moments.”

We’ll finally get to see that humor and those kick-ass moments, when Captain Marvel lands in theaters on March 8.