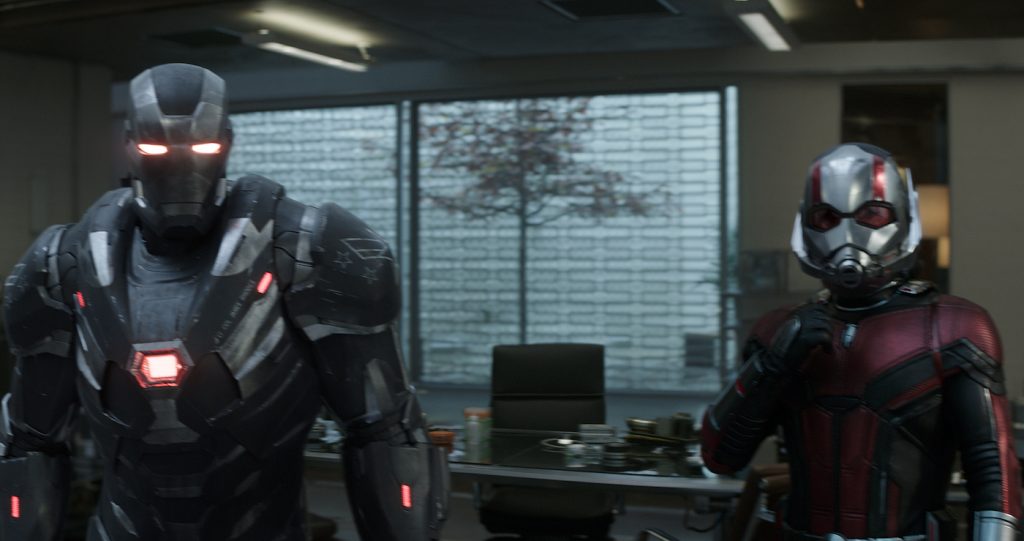 Avengers: Endgame opens in China on April 24, two days before its’ April 26 premiere in America. This is significant for one major reason above all others—the film is filled with spoilers. The Russo Brothers finale to their two-part epic will likely break the worldwide box office opening weekend record set by—yup, Avengers: Infinity War. If you want to see the film without having major plot points spoiled for you, you’re going to want to brave the crowds. Joe Russo explained to Box Office Pro (via Collider) why opening weekend is the way to go:

“At a certain point, I’m sure we’ll write another letter this year that asks everyone to stay off the internet. I think this one has even more spoilers than the last one. This is a culture that wants everything now, and it’s getting worse. The world is connected via social media, and information travels within seconds. If you’ve been following along with this narrative for 10 years, you’re going to want to protect yourself. It’s best to go in clean. I encourage people to go opening weekend because I’m sure everything is going to hit the internet the moment the movie hits the screen.”

The Russo Brothers have been so adamant about keeping the film’s plot a secret that they’ve admitted to creating footage specifically for the Endgame trailers that would keep fans off the scent. They did the same thing for Infinity War—you’ll recall the shot of all our heroes running through Wakanda? That shot included Hulk, who spent the majority of the film refusing to come out and play.

Russo described the experience of seeing The Empire Strikes Back as a kid without knowing ahead of time a lot of the plot points. Experiencing the shock of Empire‘s story without preknowledge stuck with him. Years later, co-directing some of the biggest films in Hollywood in an entirely different cultural environment, Russo believes that creating trailers with misleading shots and sequences is fair play:

“That’s the feeling that my brother and I are trying to replicate for other kids who want to be surprised. It’s why we limit the amount of information in trailers. That’s why we obfuscate it. Audiences are so predictive. Everyone has a Ph.D. in content now, and it’s constant. The smallest clue in a trailer can ruin a movie.”

Personally, we’d much rather go into a film like Endgame with as little knowledge as is reasonable in today’s age. Thankfully, April 26 isn’t that much longer to wait.