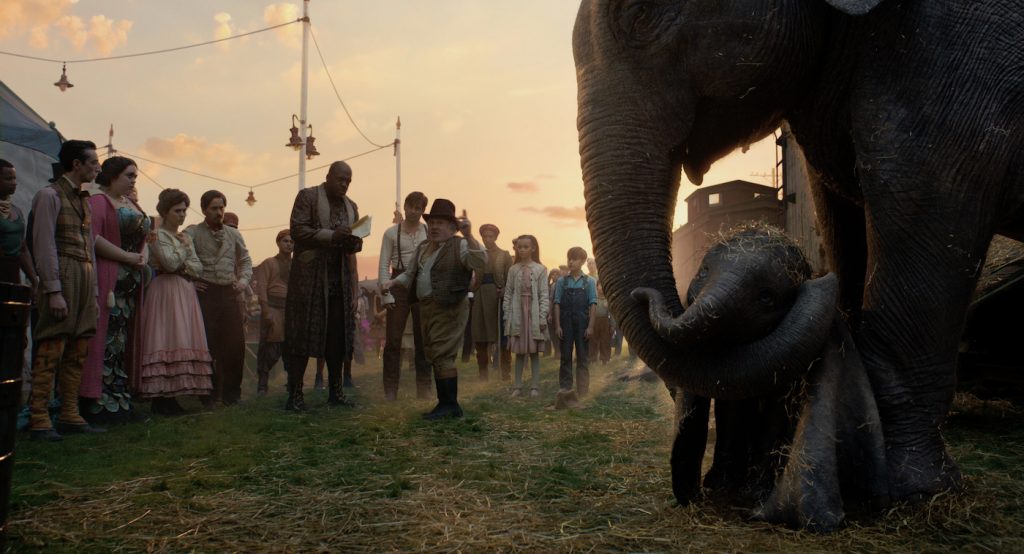 Tim Burton’s live-action Dumbo looks to be both a warm family film and a Burton-esque visual wonder. This new international trailer speaks to Burton’s ability to bring real pathos to his takes on classic children’s stories. Dumbo is based on the iconic 1941 animated film, with Burton adding his singular visual and emotional style to a story that has both magic and menace, as all the best children’s stories do.

The new trailer gives us Danny DeVito’s Max Medici insulting poor Dumbo over his comically large ears. Naturally, Medici doesn’t know just how special Dumbo’s ears are. The adorable baby elephant has his admirers, however. One of the main thematic through-lines of Burton’s career is his love of the outsider. It was evident in his breakout hit Edward Scissorhands and has been there in nearly every single movie he’s made since. Dumbo is clearly an outsider, as are the various carnies who celebrate his “weirdness.”

Burton’s Dumbo appears to be a cousin of his more family-friendly movies, like his delightful Miss Peregrine’s Home for Peculiar Children. That film retained the auteur’s love of misfits and the misunderstood while achieving a winning weirdness. It also managed to be more or less palatable to younger viewers, without anything too creepy to unsettle them.

Dumbo follows a slew of live-action remakes of Disney classics. Jon Favreau helmed The Jungle Book, and he’s got The Lion King on tap next. The Will Smith-led live-action remake of Aladdin is also getting a ton of buzz. Dumbo is an older, more classic tale, yet there’s plenty of reasons audiences will want to soak up the film’s message of accepting and even reveling in what makes you different. Burton is one major reason, another is the incredible team of filmmakers he has around him. A third is a terrific cast. Colin Farrell, Danny DeVito, Eva Green, Michael Keaton, Alan Arkin, Finley Hobbins, and Nico Parker are some of the folks you’ll see in the film.

Dumbo opens in theaters on March 29th. Check out the trailer below: