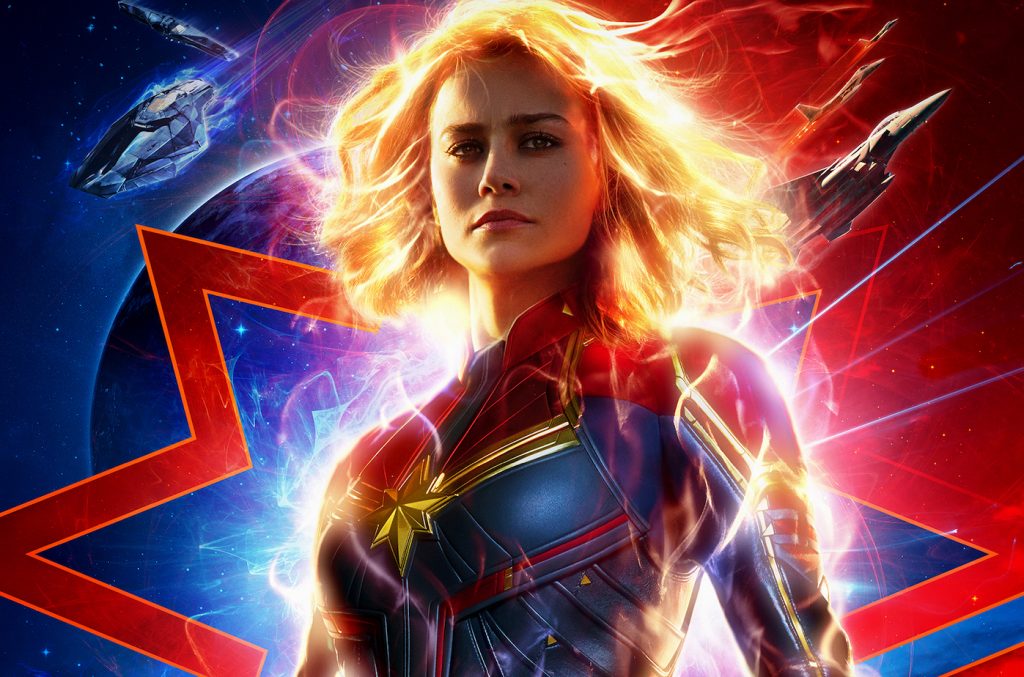 At some point today we’ll be sharing the second Captain Marvel trailer for your viewing pleasure. To tide you over until then, Disney has revealed the film’s new poster, which shows off Carol Danvers/Captain Marvel (Brie Larson) in all her scorching glory, hinting at the powers that make her the most potent superhero in the MCU. A lot of folks (read; everyone who saw Avengers: Infinity War) are counting on Captain Marvel to not only kick butt in the first Captain Marvel film but to also help save the day in Avengers 4.

This new poster gives us our most detailed look yet at Captain Marvel’s suit, which is a shade of deep (possibly Kree?) blue and red, and which is covered in waves of energy that she can harness and use, often in the form of bursts that she shoots out of her hands (we saw a glimpse of this in the first trailer). The poster’s bold, splashy look speaks to Captain Marvel’s awesome powers, which in the comics are more or less infinite; superhuman strength, stamina, endurance, durability, flight, and even a kind of sixth sense (think Spidey-sense). There’s more. Once Captain Marvel took on her “binary” form in the comics, her powers expanded to god-like proportions; she could control gravity, light, and heat, plus, she could survive space and project energy in photonic form (hence the photo bursts she shoots from her hands). She is described in some comic storylines as having the power of a living nuclear bomb. There’s also her ability to travel through cosmic energies, which some fans think is what might give her the ability to mess with the space/time continuum and save the superheroes Thanos killed.

For more Captain Marvel coverage, check out these stories: