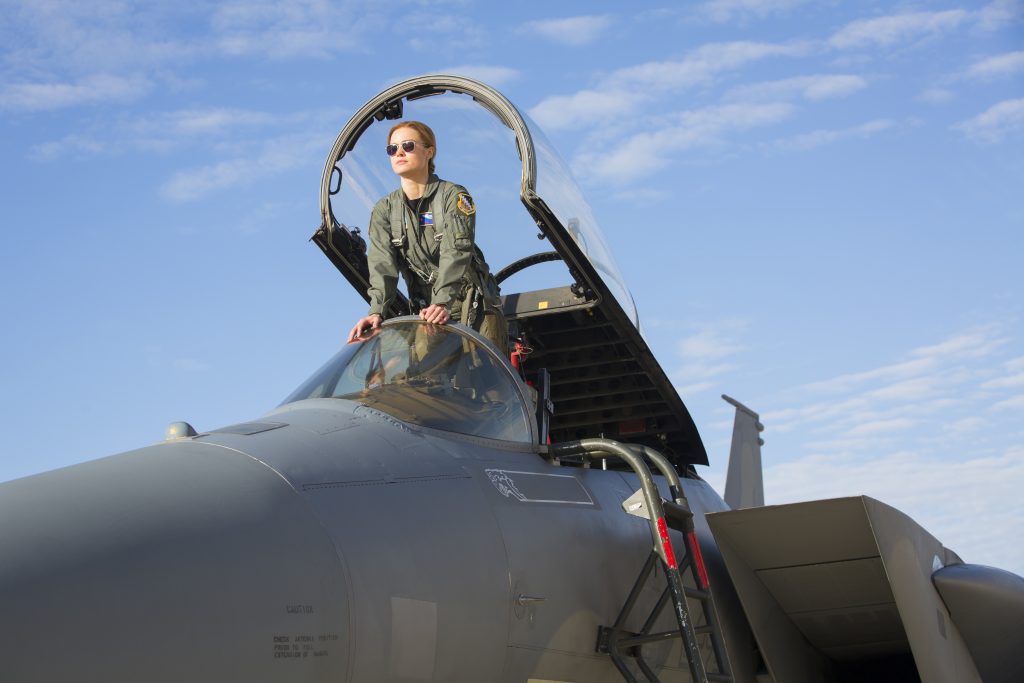 It’s not like when Samuel L. Jackson worked on Kong: Skull Island with Brie Larson, she was out of shape. It’s just that Jackson couldn’t believe the workout regiment Larson committed herself to in preparation for taking on the role of Carol Danvers/Captain Marvel. Speaking to /Film during a set visit, Jackson shared a video that Larson had sent him of her working out:

“A year ago, Brie started working out. And the girl that I did Kong and Unicorn Store with is not this person. She’s like 5 percent body fat now. She used to send me workout videos, which were like, crazy dope workout videos. The first one she sent me, she was lifting… like a hundred pounds. She was doing this thing with the waist-lift, about a hundred pounds. The last one she sent me was 350. She does chin-ups. And she sent me a video of her pushing a Jeep up a hill. It’s pretty amazing stuff.”

The Jeep feat was no stunt; Larson actually pushed a Jeep up a hill, but it came about as sort of a joke. She was chatting with her trainer Jason Walsh about the fact that Captain Marvel can literally move planets, so the least Larson could do is move a Jeep.

“I’m trying to remember how long we had trained together for,” Larson said during the set visit. “Maybe five or six months at that point? And I just showed up in the gym one day and he was like, ‘All right, let’s do it.’ And I pushed the car, yeah. And it wasn’t as hard as I thought, which was kind of crazy. There was someone in the front seat, in case for some reason, the car’s in neutral, but it’s going uphill. And I pushed it for a minute. Someone was in the car in case I like, crapped out, so it wouldn’t run me over. There was someone waiting there to put their foot on the brake.”

Larson cops to the fact that she got into super shape partly out of ignorance on what her responsibilities would be on set.

“I didn’t realize that…most people don’t do their own stunts in these movies,” she said. “I thought you did, and I’ve never been a particularly elegant or athletic person. I’m just an introvert with asthma and felt like I needed to be able to do that. I just thought, ‘I don’t wanna be on set, and they ask me to do things, and I don’t know how to do it.’”

She knows how to do it now. Larson did a lot of her own stunts, including wire work and fight scenes, thanks to all the training she put in.

Check out the full interview here.