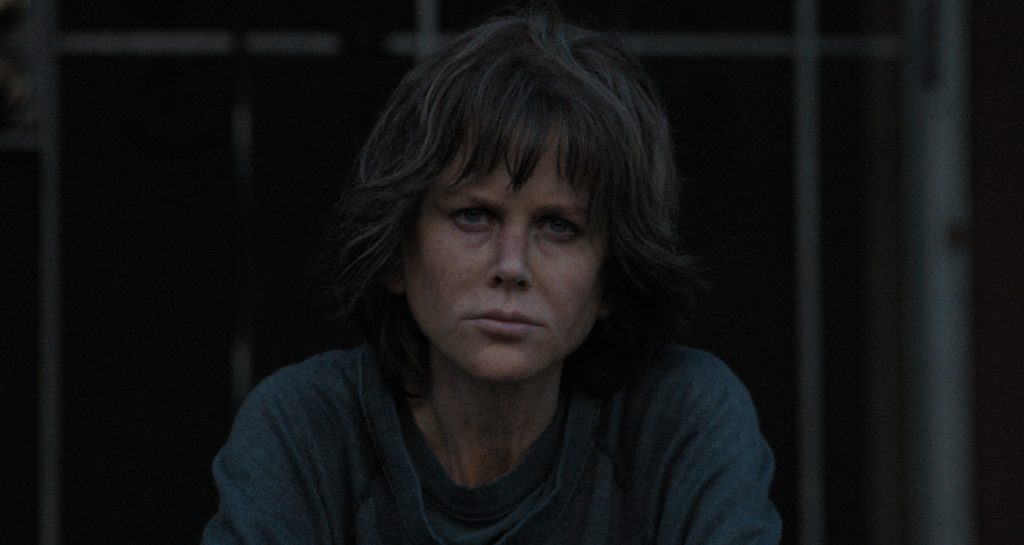 There are three very good reasons to be excited about Destroyer. It’s from The Invitation filmmaker Karyn Kusama, it stars Nicole Kidman as an LAPD detective haunted by her past, and it’s from regular hit-factory Annapurna Pictures. Kidman stars as Erin Bell, a messy, messed up cop whose terrifying undercover work is dredged up afresh in the form of a gang leader who is back on the scene. Bell now has no choice but to right the wrongs from that disastrous previous operation, and as the reviews of the film from the Telluride Film Festival, Toronto Film Festival and elsewhere suggest, Kidman’s performance is astonishing. In this new trailer, you’ll get a sense of Kidman’s captivating turn as a haunted detective in the hugely talented Kusama’s neo-noir.

Kidman’s transformation into a very hard-to-like protagonist will draw comparisons to Charlize Theron’s Oscar-winning turn in Monster, as it should. Kidman is not only nearly unrecognizable here as the anguished, desperate detective, she disappears into the role entirely. Kidman’s played tough before, as the head of a girl’s school during the Civil War The Beguiled, or as the ruthlessly ambitious TV personality in To Dire Fire, but this is a whole other kettle of fish. Kidman’s Erin Bell is practically an anti-hero here, a woman who suffered a nervous breakdown after her long sting operation when bad, and when we meet her in Destroyer, she’s a shell of her former self, a drunk, dangerously unstable cop.

Destroyer was scripted by The Invitation writers Phil Hay and Matt Manfredi and boasts a strong supporting cast that includes Sebastian Stan, Toby Kebbell, Bradley Whitford, Jade Pettyjohn, and Scoot McNairy. Yet you’ll want to see it for Kidman’s troubling, mesmerizing performance most of all.

Destroyer hits theaters on December 25th—perhaps the least Christmasy movie of all time.