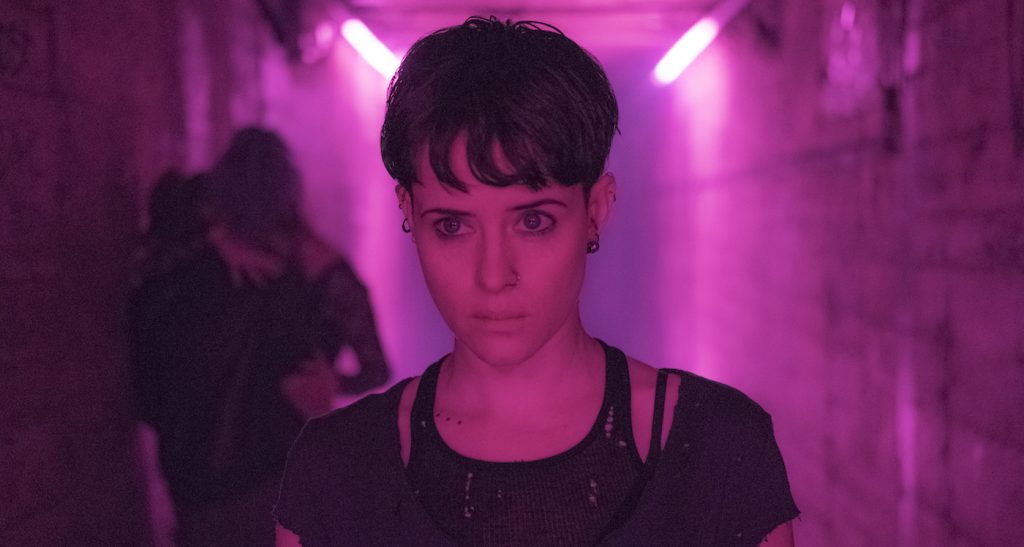 We already know Claire Foy is a hugely talented actress. While making herself nearly a household name by playing Queen Elizabeth in Netflix’s brilliant The Crown, Foy has proven again and again she can disappear into a role. (Wait until you see her scene-stealing performance as Janet Armstrong in Damien Chazelle’s brilliant space drama First Man.) With that said, it’s still a delicious jolt to see her Lisbeth Salander, the iconic computer hacker and vigilante made famous in the late Stieg Larsson’s “Girl” novels and then in two excellent film adaptations. In director Fede Alvarez’s new film The Girl in the Spider’s Web, Foy becomes the third actress, after Noomi Rapace and Rooney Mara, to tackle the role, and she looks right at home tatted up and in leather, bringing her particular brand of justice to men who sorely deserve it. The Girl in the Spider’s Web is based on the novel by David Lagercrantz, the first in the series not authored by Larsson, who died in 2004.

In a brand new trailer, we see just how seamlessly Foy has slipped into Salander’s latex and leather. One sequence shows her stringing up a rich man in his home while wearing some kind of white paint across her eyes. She informs him she’s the girl who hurts men who hurt women, and her dangling prey can do nothing but writhe and beg for mercy as she sets about the grim business of DIY justice.

The trailer gives us a hint of a backstory involving the one time Salander wasn’t able to help her fellow woman. The woman she wasn’t able to save was her sister, Camilla, which is likely a vast source of her rage and sorrow, who has a significant role to play here. The trailer gives us only hints of the film’s plot, which involves the journalist Mikael Blomkvist (Sverrir Gudnason), the return of Salander’s sister, Camilla (played by the great Sylvia Hoeks, who was so incredible in Blade Runner 2049), and a web of cybercriminals, spies and corrupt government officials. The trail Salander ferrets out leads right back to the home where her and her sister were raised.

Check out the new trailer below. The Girl in the Spider’s Web is due in theaters on November 9, 2019.