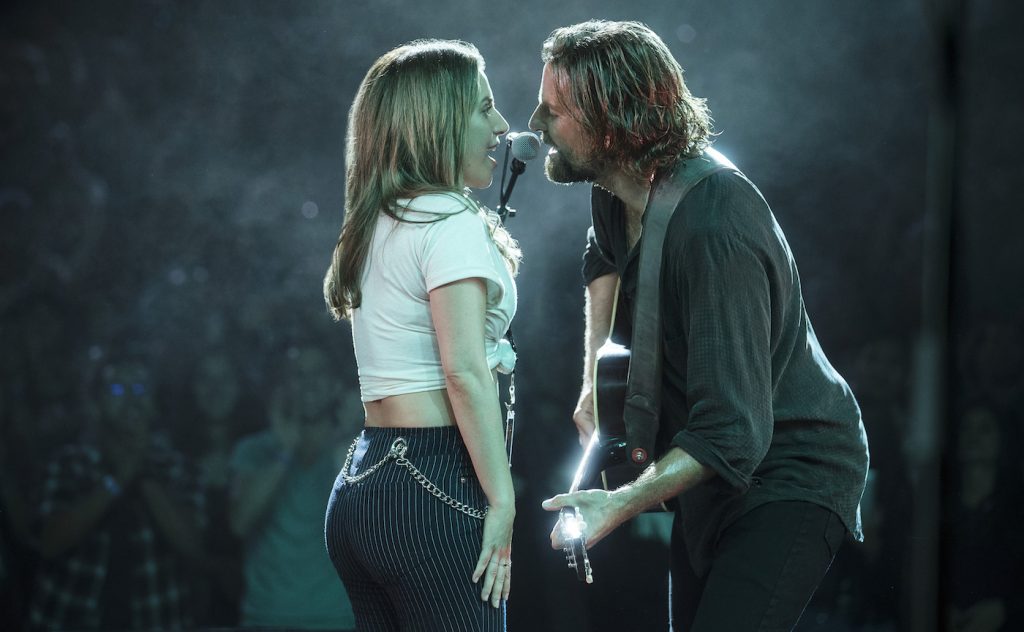 We’ve seen a lot of really good films at the Toronto International Film Festival thus far, including the Halloween‘s return to terrifying form and Jason Reitman’s political drama The Front Runner. David Mackenzie’s bloody, muddy epic Outlaw King gave us Chris Pine as the 14th-century Scottish nobleman and rebel Robert the Bruce, and Shane Black delivered a funny, vicious buddies-versus-aliens romp in The Predator. Ahead we’ve got more reviews and interviews (we loved Widows and The Sisters Brothers, and loved our conversations with the former’s editor and composer and the latter’s director and screenwriter) that we’ll be sharing, but here, we’d like to pause and take stock of Bradley Cooper’s directorial debut A Star is Born, which made its North American debut it TIFF (it premiered at the Venice Film Festival).

A Star is Born was once going to be directed by Clint Eastwood, and when Cooper stepped in, you wouldn’t have been wrong to wonder why the gifted actor would take on a story that had been told numerous times before—in 1937, 1954, and likely most memorably to current audiences, in Frank Pierson’s 1976 film starring Barbara Streisand and Kris Kristofferson—as his directorial debut. When you heard that Cooper would not only direct but also co-write and star in the film, alongside Lady Gaga, you were likely as curious as we were. Could this possibly work, no less as Cooper’s first foray into directing?

The answer is a resounding yes. Pretty much every critic is in agreement that the film is a major achievement, and despite there having been no discernible demand to see this story retold, Cooper, Gaga and the rest of the cast and crew pulled it off and then some. The direction is aces, the acting superb, and the emotions the film conjures—the delirious, delicious swell of emotions—feels almost heroic. A Star is Born isn’t afraid of grand gestures, but it’s also not smarmy or overly sentimental. In fact, it’s a compassionate, expansive film with excellent top-to-bottom performances (Sam Elliot, Anthony Ramos, Bonnie Somerville, Dave Chappelle and, yup, Andrew Dice Clay), especially from Gaga as the promising young singer and actress Ally, and Cooper as the past-his-prime, gruffly tender musician Jackson Maine. It goes without saying that Gaga is more than up to the challenge of creating a credibly uber-talented musician (as Vanity Fair‘s Richard Lawson points out, it’s a joy when we get to hear her unleash her famous contralto bellow), but what’s a little more surprising is just how good of an actress she is. This isn’t Gaga like you’ve ever seen her before, and it’s likely the official start to the kind of cross-discipline career that Cher has enjoyed, earning Grammys and Oscars with her radiant talent.

Here’s a quick round-up of what the critics are saying about A Star is Born, which, in case you hadn’t guessed already, is officially now part of the Oscar conversation:

Bryan Bishop, The Verge: “A Star is Born isn’t just proof that Lady Gaga is a wickedly talented movie star (though it does prove that) or that Cooper is a tremendously talented writer and director (it proves that, too). It’s a reminder that some stories are truly timeless and allow us to examine aspects of the human condition no matter what decade they’re made in.”

Stephanie Zacharek, Time Magazine: “You come away feeling something for these people, flawed individuals who are trying to hold their cracked pieces of self together-or to mend the cracks of those they love.”

Owen Gleiberman, Variety: “A Star Is Born is that thing we always yearn for but so rarely get to see: a transcendent Hollywood movie.”

David Fear, Rolling Stone: “Bradley Cooper unveils his take on the old chestnut about a fading veteran and an up-and-coming star — and gives you a 2018 movie that’s vital, essential, alive.”

Emily Yoshida, Vulture: “What keeps the film from feeling like a mere rehash is the gut-level romanticism of it all. Cooper and Gaga’s onscreen chemistry is raw and real, even if it shows all the telltale signs of unsustainable infatuation.”

David Sims, The Atlantic: “The hype is well-deserved for this one-Cooper has managed to mine something new about the glory and misery of celebrity from one of cinema’s stalest narratives.”

Peter Bradshaw, The Guardian: “Cooper directs and co-stars in this outrageously watchable and colossally enjoyable new version, supercharged with dilithium crystals of pure melodrama. He appears opposite a sensationally good Lady Gaga, whose ability to be part ordinary person, part extraterrestrial celebrity empress functions at the highest level at all times.”