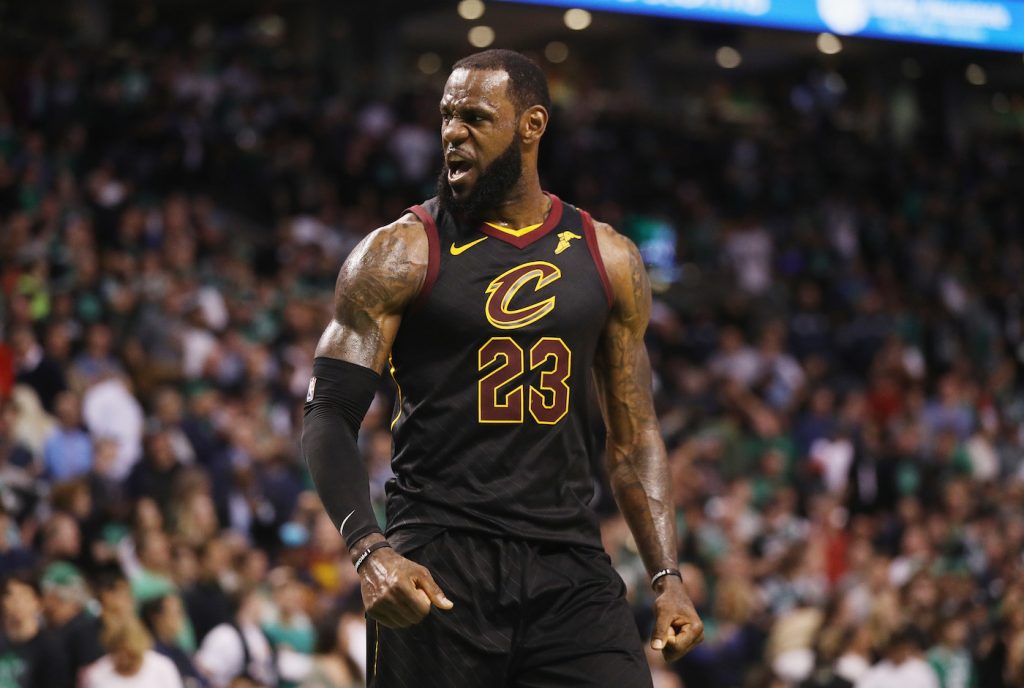 There are few things in life that’ll please just about everybody, but we’re going to go out on a limb and say this might be one of them. NBA legend and all-around top-notch human being LeBron James will be starring in a remake of Space Jam from Random Acts of Flyness creator Terence Nance and produced by Black Panther writer/director Ryan Coogler. There is really nothing about this information that’s not joyful.

THR reports that the Warner Bros. project is set to begin filming during the NBA off-season in 2019. The Spac Jam remake will be Coogler’s first project since his Black Panther changed the superhero game and became one of the biggest hits in film history.  James will be taking the role that a former NBA star by the name of Michael Jordan when the Chicago Bulls legend co-starred alongside Bugs Bunny and a bunch of other NBA stars (including Larry Bird, Charles Barkley, Patrick Ewing) and actors like Bill Murray in the 1996 film. This won’t be James first time on the big screen; he was very funny in Amy Schumer’s breakout comedy Trainwreck in 2015.

In referring to Coogler’s vision, James told THR that when he was growing up in Akron, Ohio, there weren’t any black superheroes. “So for Ryan to be able to bring that to kids, it’s amazing,” he said.

For basketball fans, James starring in a Space Jam remake is a delicious addition to the GOAT debate (the greatest of all time) between him and Jordan. While Jordan has more titles (six championships to James’ three), there has really never been a player like James, whose physical gifts are so immense, yet whose personality, and work off the court, make him a superstar and role model in a way that is rare in sport, or frankly any other profession. Jordan’s Space Jam was a major hit and is still the highest-grossing basketball movie of all time. One imagines that the James remake has a chance to break that record, and will pull in a slew of current legends, classic cartoon characters, and, possibly, a cameo from Jordan himself.

There are few other people in public life with the global appeal and star power of Lebron James; Space Jam seems like the perfect vehicle for James to share his infectious spirit with a massive audience.

Featured image: BOSTON, MA – MAY 27: LeBron James #23 of the Cleveland Cavaliers reacts in the second half against the Boston Celtics during Game Seven of the 2018 NBA Eastern Conference Finals at TD Garden on May 27, 2018 in Boston, Massachusetts.  (Photo by Maddie Meyer/Getty Images)