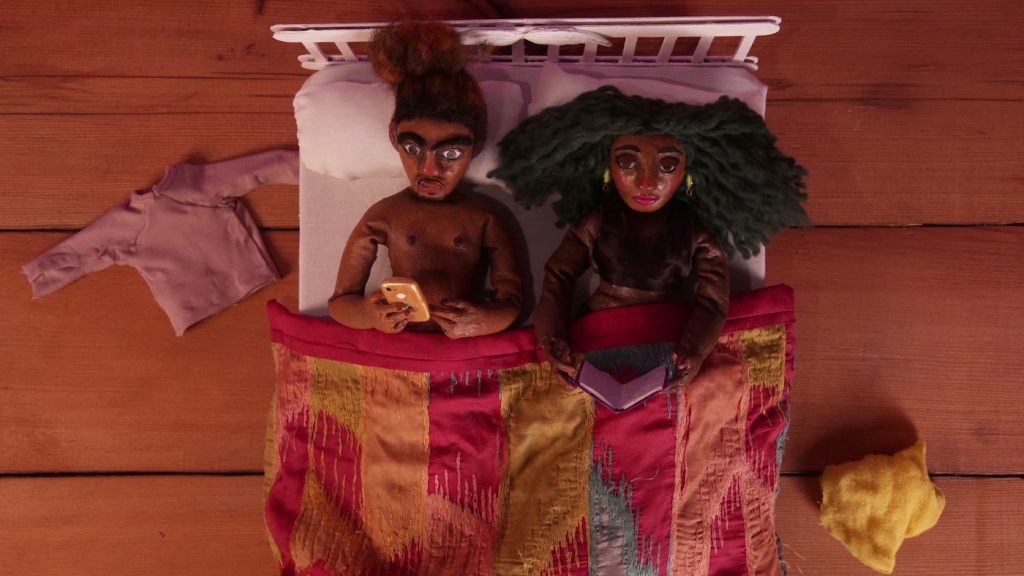 Random Acts of Flyness is true to the premiere cable network’s longstanding motto that what you see through their programming isn’t TV, it’s HBO. This new late-night series from multitalented artist Terence Nance (An Oversimplification of Her Beauty) began its six-episode season on Friday, August 3 (midnight-12:30 a.m. ET/PT), with each episode appearing at the same time each week. It’s not like anything else you’ll see on TV. It’s a late night variety show that threads together music, satire, animation, comedy, and documentary into a singular vision of contemporary America. It can feel as urgently satirical as Boots Riley’s Sorry to Bother You and as devastatingly funny as Jordan Peele’s Get Out. Yet it’s entirely its own thing. You really need to watch it. This nine-and-a-half-minute clip will give you a sense of Nance’s ecstatic vision.

“Nuncaland” is an adaptation of J.M. Barrie’s Neverland, with Pan, played by Kevin Alexis Rivera, spiriting Wendy, played by Le’Asha Julius, off to Nuncaland to keep her safe from Hook, played by Djoré Nance. Only in Nance’s version, Hook’s preoccupation with Pan is due to the fact that he thinks Pan is gay.

Nance is a polymath, and Random Acts of Flyness soars because of his involvement in every stage of production. He wrote, directed, composed music and executive produced the series, and he appears in all six episodes. He’s also lined up an incredible cast of guest stars:  Dominique Fishback (The Deuce), Whoopi Goldberg (The Color Purple), Gillian Jacobs (Love, Community), Jon Hamm (Mad Men)Ntare Guma Mwine (The Chi, The Knick), Adepero Oduye (Pariah, The Big Short, 12 Years a Slave), Natalie Paul (The Deuce) and Paul Sparks (Boardwalk Empire), among others.

The show touches on a range of topics, including police brutality, a topical-ointment cure for “white thoughts” (in which Jon Hamm is the pitchman), and sexuality in the black community. There’s a segment that considers whether or not Michelle Obama is a god. Another segment is a first-person shooter game for women that allows them to take out street harassers with scowls. And another segment functions as a tutorial for men—they’re taught how to not be a creep.

The New Yorker‘s Troy Patterson sums up the show’s effect on the viewer beautifully: “The title Random Acts of Flyness gestures towards the experimental tradition of chance operations, indeterminacy, and associative thinking. The show flows with the freedom of dream logic and analyzes its visions obliquely, on its own terms.” It’s absolutely worth your time, especially if you feel like the subjects and the show’s myriad aesthetics and approaches to storytelling might not be something you’d typically watch. Give it a chance, you may find you’re more open to random acts of flyness than you think.