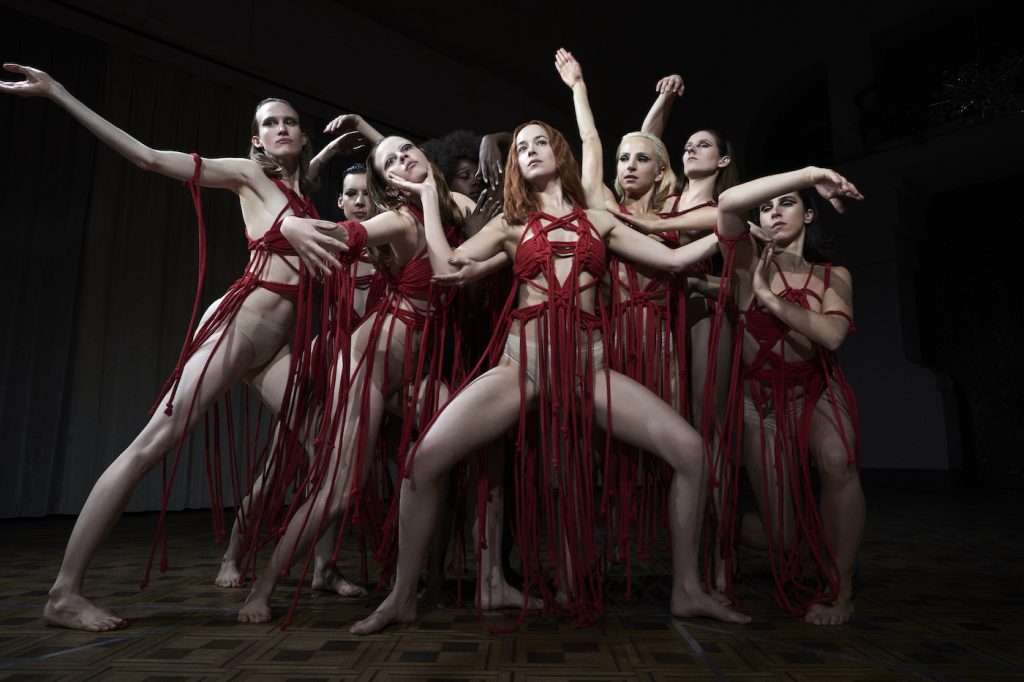 The new trailer for Call Me By Your Name director Luca Guadagnino‘s Suspiria is here, and it’s deliciously bonkers. Produced by Amazon Studios, Guadagnino’s remake of Dario Argento‘s 1977 horror masterpiece is a bold swerve for a director who doesn’t appear to like to do the same thing twice. His take on Suspiria leaves behind Argento’s vivid palette and prog rock score and goes into much darker, bleaker territories. It’s the polar opposite to the warm, lyrical, luscious Call Me By Your Name, which was rightly praised and was one of last year’s best films.

Suspiria stars Dakota Johnson as a young dancer who joins one of the world’s best dance companies—yet instead of this fulfilling her dreams, it becomes one insanely hellish nightmare. The new trailer reveals a bit more of Guadagnino’s twisted take, which gives us an older gentleman by the name of Lutz Ebersdorf who we’re fairly sure is the great Tilda Swinton in a ton of makeup. Swinton also plays one of the dance company’s instructors with secrets of her own. Swinton’s one of those performers whose presence in a cast means no matter the subject; the film is worth seeing. Her eye for material is uncanny, and she loves working with visionary directors. She’s found one in Guadagnino.

Guadagnino has brought some of his previous collaborators with him. He’s working off a script from A Bigger Splash screenwriter David Kajganich, and his Call Me by Your Name cinematographer Sayombhu Mukdeeprom lensed the film. There’s another big name on board here; Suspiria features an original score by Radiohead frontman Thom Yorke. Joining Johnson and Swinton are Chloe Grace Moretz, Mia Goth, Lutz Ebersdorf, and Jessica Harper.