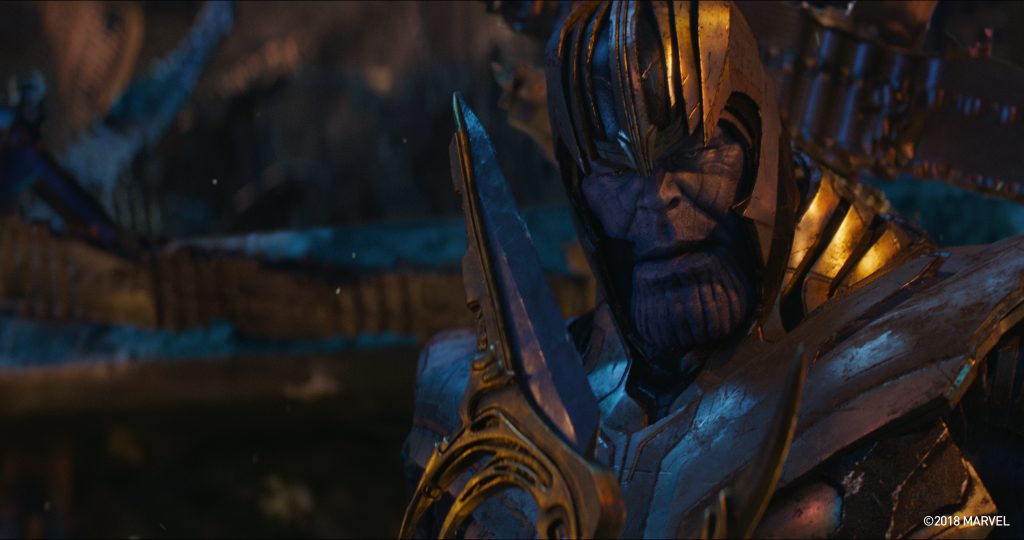 What makes Thanos the greatest villain in the MCU? You could argue it’s his power. Thanos was already formidable before he tracked down the six Infinity Stones—once he had them all, however, he appears to be virtually unstoppable. You could argue it’s not just his power, but his connection to nearly everything that has befallen the Avengers since they assembled in 2012’s game-changing first film. From Loki’s attack on New York in the first Avengers to Gamora’s attempted capture of Peter Quill in the first Guardians of the Galaxy, Thanos has been behind most of the mayhem in the MCU. His defining characteristic, the same one that made Michael B. Jordan’s Erik Killmonger such an incredible villain in Black Panther, is his conviction. He’s not out there trying to obliterate half of the universe on a whim. He’s not torturing the Avengers and their friends because he’s pure evil (although he is evil). He’s not sacrificing his daughter because he feels nothing. He’s doing all of this because he genuinely believes the only way to save the universe is by eradicating half of it. It’s his belief that makes him so riveting, and so terrifying. No amount of begging or rationalizing will make him believe otherwise. He’s a great villain because he doesn’t think he’s a villain at all.

In this new video that is a part of the Avengers: Infinity War Blu-ray bonus material, you’ll get to listen to cast and crew discuss the unstoppable force that is Thanos. You may get a new appreciation for just how brilliantly constructed this giant purple colossus is when you see the flicker of emotion across his digitally created face. While he’s easily the most powerful villain the Avengers have ever faced, he’s also the most soulful, and the only way the Russo Brothers and their crew were going to pull that off was making sure you could see the pain, sadness, and commitment to his gruesome cause on his face. Thanks to artists like VFX animator Phil Cramer, Thanos’s face was a portrait of feeling painted with pixels. The net effect was he became the greatest villain in MCU history, the only one who could take on the Avengers and not only beat them, but do so almost as an after thought.

We’ll see how he fares against Captain Marvel when Avengers 4 hits theaters on May 3, 2019.