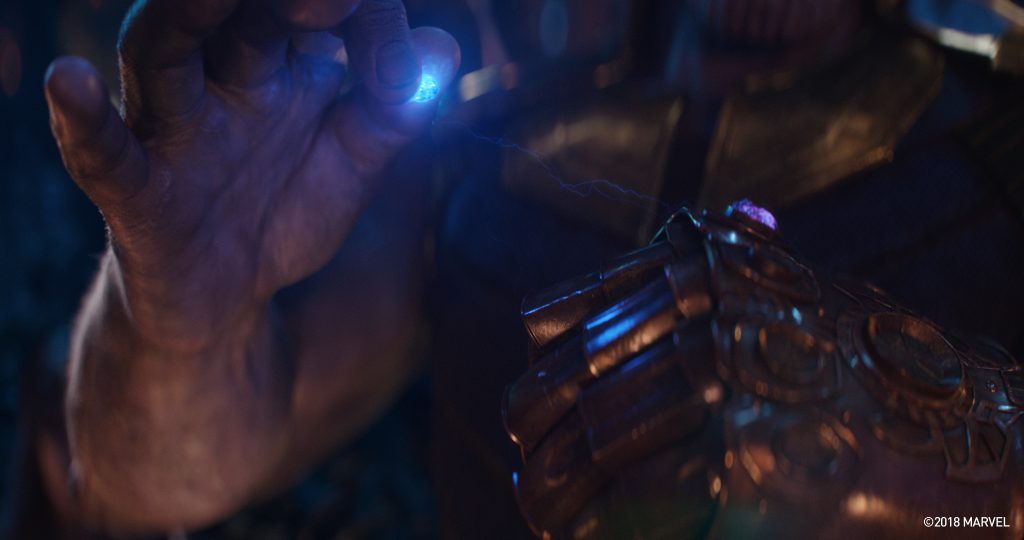 The One Infinity Stone That Did all the Damage at the end of Avengers: Infinity War

As well all know by now, the ending to Avengers: Infinity War was one for the ages. Screenwriters Christopher Markus and Stephen McFeely have discussed at length how they came to craft Thanos’s snap heard round the universe. We’ve done deep dives on how Thanos was created, including the work that VFX animator Phil Cramer did on making sure his facial expressions were pixel perfect.

We all know the result of Thanos’s snap, but for the first time we’re finding out how the filmmakers decided on what its actual effect would be. They realized they needed to strip away a lot of the confusion of trying to make all six Infinity Stones work together in concert, and instead decided that it would be the Power Stone that would do the ultimate damage.

In a new interview with Inverse, VFX supervisor Dan DeLeeuw has dished on how they needed to let go of the idea that it would be all six Infinity Stones wiping out half the universe. Once they decided it would be the Power Stone that would do it, and that they’d simply be turning heroes into dust, they had their clear, devastating path forward (h/t i09). DeLeeuw explains when they were imagining that breathtaking mass death scene for some of our favorite characters in the MCU, Thanos was relying on his Power Stone to essentially dissolve them from existence. This decision meant they could focus their attention on the shock and awe of watching superheroes like Spider-Man and Doctor Strange turning into dust and disappearing instead of having to figure out what each stone would look like erasing these characters.

“We had concept art combining all those things, and it was getting too busy,” he said to Inverse. “It became too complicated. It was stepping on what the actors were doing. So it became ‘body turns to ash.’ We peeled away all those layers and focused on that one [Power Stone], deciding how quickly it would consume someone, what pattern it would consume them.”

In film of this size, sometimes the most potent moments are the simplest. While Infinity War was arguably the most breathless film in MCU history, it was the quiet devastation of the Power Stone dissolving people that had the most impact. It’s the perfect, most grim example of sometimes, less really is more.