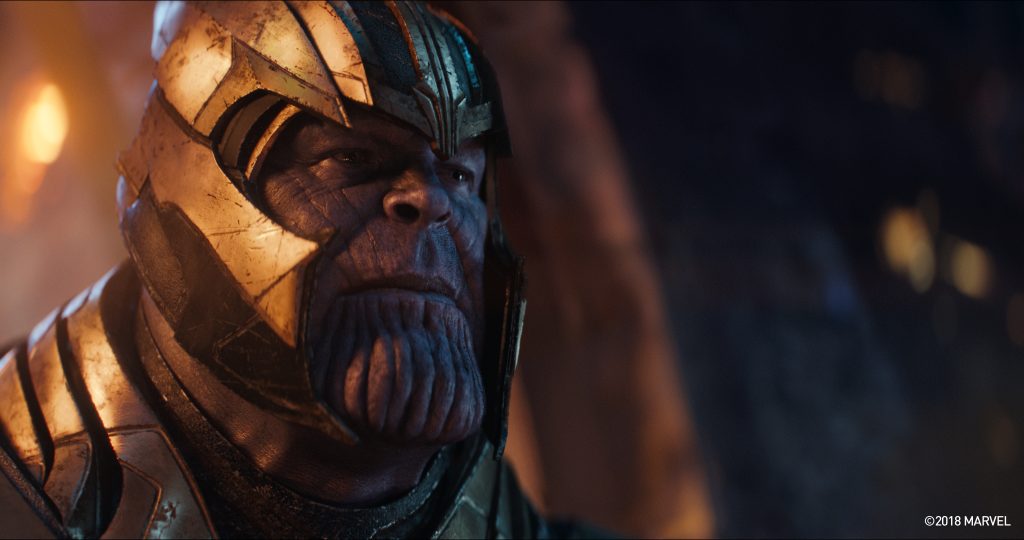 Phil Cramer doesn’t watch films the way most of people do. When the man who directed  VFX animation for Avengers: Infinity War goes to the movies, he studies the characters’ cheeks. “I like to stare at the actor’s face and see what moves and why does it move,” he says. “You’d be shocked by how complex those motions are.”

Cramer became a student of twitches, jiggles and wrinkles in 2009, when he served as lead animator on the pioneering motion capture epic Avatar. For Infinity War, he used dozens of digital tools to make Josh Brolin “pop” in his CG incarnation as super-sized super-villain Thanos. “When I was on set with Josh, he was skinny like a war machine,” says Cramer, speaking by phone from his native Germany. “His fat type does not match Thanos, who is well fed. Therefore you get very different cheek motions. This might sound simple, but if you study any great actor, there’s so much is going on in the cheeks, and if you don’t capture that, the performance falls horribly flat.”

Cramer and his team used an in-house rendering system called AnimViz to enhance Brolin’s naturalistic performance. He says, “For some scenes, Thanos just stands there thinking. Normally for CG characters, this is the worst pitfall because the character looks like concrete and nothing comes across. We developed all these systems on the technical side that allowed us to control the nuances for every inch we could find of Josh.”

Cramer says he savored the chance to animate a more intimate level of performance. “Normally with VFX animation, it’s about the guy who punches the hardest or jumps the highest. Here, it was more about a Hannibal Lecter-type character who has these inner monologues. As an audience, we want to see what he’s thinking. And doing all these heavy emotions was really exciting. Probably the most detailed piece for me was Thanos confronting Gamora. There was a great deal of back and forth about how the eyes would well up, which moment the tears would roll, which side of his face. That was controlled, right down to the frame. It was very methodical approach to get the outcome.”

To make sure Brolin as Thanos translated to the big screen during the character’s more subtle moments, Cramer zoomed in on each portion of the actor’s CG face and manipulated the expressions as needed. “Everything has to flow from shot to shot so we had a huge set of tools to make that happen. We had 16 different neck controls for muscle twitches. We had five different vein styles just for the forehead, so when you dialed it in with our blend shapes, you could see the veins snake through Thanos’ skin in a physically accurate way that matches his emotional responses.”

Cramer amped up Brolin/Thanos’ micro-movements because CG characters typically require subtle boosting to be perceived as credible by the human eye, he says. “That may sound odd, but when you watch something happening in a hyper-realism space, we normally scale things up to get more fleshiness. And Thanos is so much bigger than Josh that we often had to exaggerate Josh’s muscle motion to make it feel real. Marvel’s visual effects supervisor Dan DeLeeuw kept telling us, ‘Make it more fleshy, make it more fleshy.’ So we used all kinds of techniques to introduce more fleshiness on top of the performances.”

Additional to Thanos’ quiet scenes, Cramer and his team animated Hulk’s opening fight, orchestrated the Nebula torture scene and worked on Thanos’ end-of-movie smackdowns against assorted Avengers. He recalls, “When Thanos attacks Thor, Josh wore these giant fore-arms and funky- looking chest pieces that would be the proper size of Thanos. You’d chuckle if you saw him on set wearing this sort of mattress-thing around his chest with his normal legs poking out underneath, yet he has to deliver this very heartfelt performance. Josh was really into it.”

Once filmmakers Joe and Anthony Russo completed principal photography on Avengers: Infinity War, Cramer and company continued to modify performances during post-production. “If the directors tell us they don’t like a brow performance because Thanos is now meant to be angrier than he was when they initially shot the scene, I can turn off the brow area and 100 percent animate on top of the actual performance to make him more angry,” Cramer says. “On Marvel films, a lot of creative decisions happen after the shoot, so you’ve got to be flexible. Otherwise directors would have to do re-shoots for things that, in my world, should just be simple adjustments.”