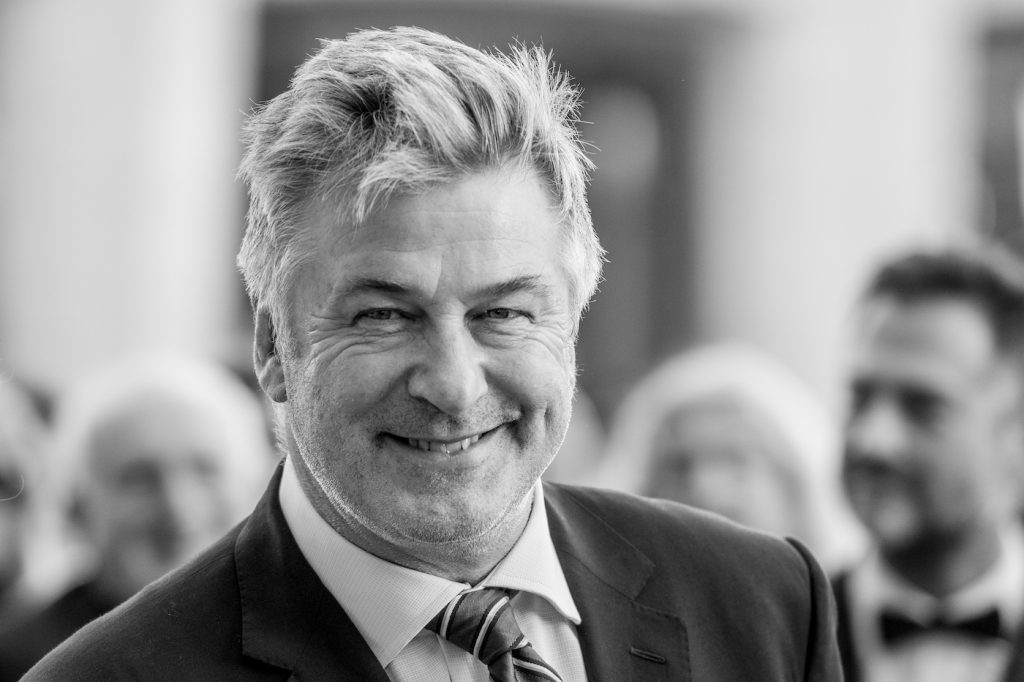 How good is the cast for Todd Phillips’ stand-alone Joker film for Warner Bros.? Let’s have a quick glance at the call sheet: Joaquin Phoenix as the clown prince of crime himself, Zazie Beetz as his potential love interest, France Conroy, Marc Maron, Robert De Niro (!!), and now Alec Baldwin. The Hollywood Reporter has it that Baldwin will be playing Bruce Wayne’s father, Thomas, one half of Bruce’s tragic backstory and what ultimately compels him to use his fortune—and his rage—to become Batman.

There is probably no more iconic superhero origin story than Batman’s. There are various iterations of the murder of Thomas and Martha Wayne, but no matter the specifics, they always die in the end. In Christopher Nolan’s Batman Begins, they take Bruce to an opera where he’s frightened by performers masquerading as bats, forcing them to leave early and walk directly into their fate—a mugger in the street shoots and kills Thomas and Martha.

THR has it that Phillips’ Joker will “veer off-center from the traditional Batman canon,” and that unlike the dignified Thomas Wayne we saw in Nolan’s Batman Begins, in Phillips’ film he’ll be a tanned, cheesy businessman who “is more in the mold of a 1980s Donald Trump.”

We can pause here for a moment to enjoy the image. Baldwin was already a star long before he started playing Donald Trump on Saturday Night Live, which earned him two Emmy nominations. It already sounds like Phillips’ Joker film could be a more sympathetic look at DC’s most iconic villain, and if Baldwin’s playing a Trump-like Thomas Wayne, one wonders if Batman himself won’t end up coming off worse than we’re used to seeing him.

What we know about Joker is that it’ll be a gritty origin story that’ll show how Arthur Fleck—the Joker’s real name here—becomes Gothams’ most notorious criminal. De Niro’s involvement also lends further credence to the fact that Phillips’ cinematic touchstone is Martin Scorsese’s 1976 masterpiece Taxi Driver. Scorsese is a producer here, and by re-teaming with his Taxi Driver and Goodfellas star De Niro, Joker‘s crime film pedigree is now undeniable. Phillips, Phoenix, and their team are striking out in their own direction for Joker, which is wise. We’re still not over Heath Ledger’s turn as the psychopathic villain in Nolan’s The Dark Knight, which still stands as the greatest incarnation of a villain we’ve ever seen. With the amount of talent amassed for Joker, there’s a decent chance we’ll have another brilliant iteration of the Joker to marvel at.