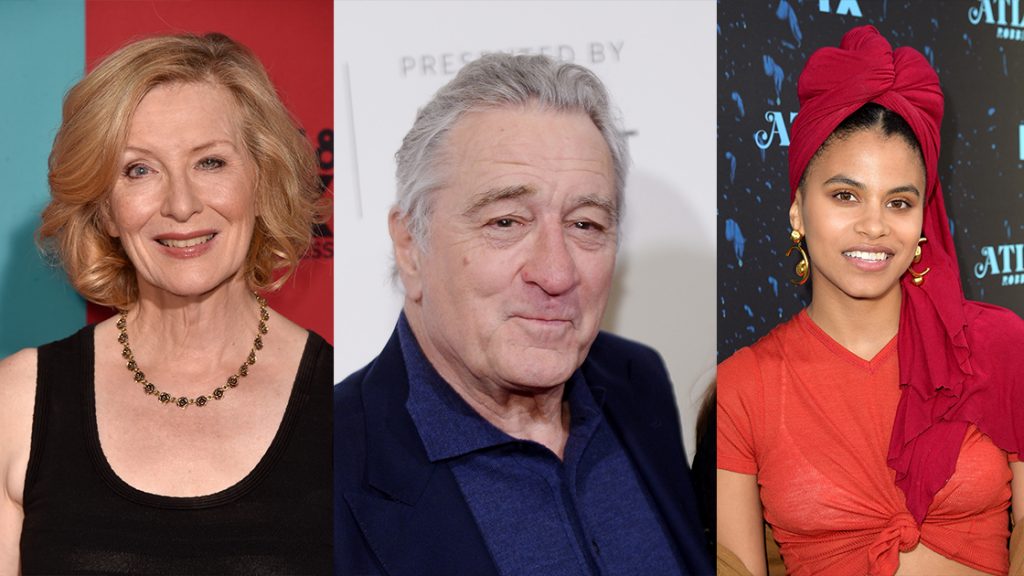 More Great Names Could Join the Joker in Gotham

Joaquin Phoenix likely won’t be the only big name in the upcoming super-villain origin film Joker. And he may not even be the biggest.

Recent developments via TheWrap indicate that young Vito Corleone himself may return to crime-filled storytelling, although this time, he won’t be the one behind the gun. Robert De Niro is eyeing a role and, if casted, it is likely the veteran actor will play Murray Franklin. Franklin is a late-night talk show host who is somehow pivotal in Arthur Fleck’s (Phoenix) transformation into the Joker (per ThatHashTagShow).

So how did The Hangover and War Dogs director Todd Phillips manage to land the film legend, who has never been in a comics-based film? The answer is surprisingly simple. Martin Scorsese is executive producing—his own first involvement in the genre—and the two are arguably the greatest director/actor duo ever.

Another tantalizing connection would be if De Niro joins, he and Phoenix would be stepping into roles strikingly similar to ones already featured in previous Scorsese-De Niro features. The most obvious is the connection between The Joker and De Niro’s Travis Bickle in Taxi Driver. The 1976 Best Picture nominee and Joker have much in common, as they both chart the origins of insanity and follow the lives of social outcasts. De Niro also portrayed an unstable outsider in The King of Comedy who stalked a late-night host. De Niro’s role will obviously reverse here, with the actor playing the television persona and Phoenix’s Joker potentially stalking him.

De Niro isn’t the only recently leaked addition to the film. Frances Conroy, the matriarch of Six Feet Under and six-season player in American Horror Story, is also set to join the cast. Conroy will shoulder the responsibility of playing the Joker’s mother, whom the budding Joker returns to live with in the film. Conroy has dabbled in the superhero genre before, playing Halle Berry’s ally Ophelia in  Catwoman. Actress Zazie Beetz, who also has comic book adaptation experience with Deadpool 2, is also in talks to play The Joker’s love interest.

While this is all early, unofficial news as far as Warner Bros. is concerned, the two potential castings have generated multiple substantial reports. The Credits has more Joker news to come before its October 2019 release.