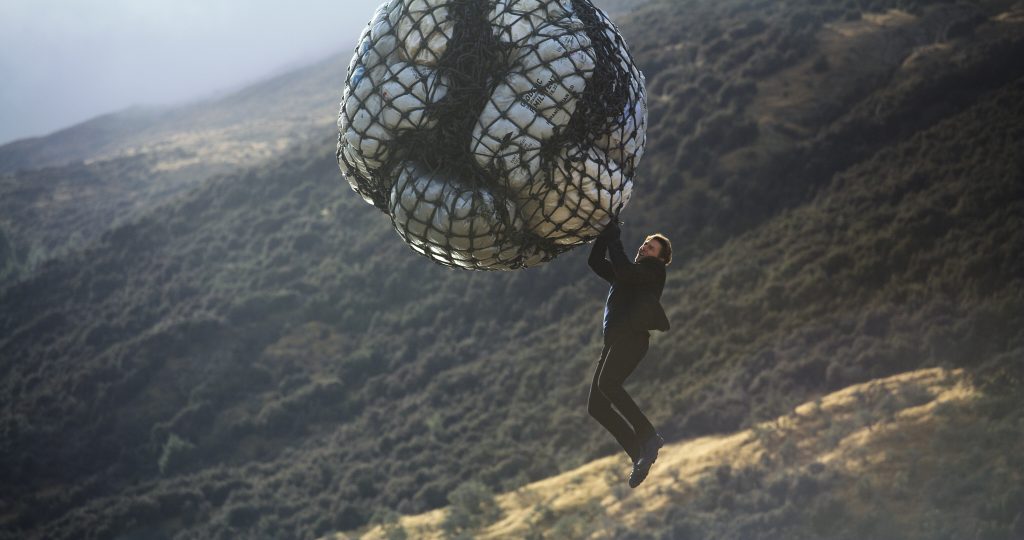 That’s largely because Mission: Impossible’s star is Tom Cruise—an actor who pushes the absolute limit of what’s possible, and frankly even advisable, to give audiences the most visceral thrills imaginable. In a new video released by Paramount devoted to Fallout‘s stunts, you’ll get a vivid glimpse at the lunacy in store. There’s Cruise’s historic Halo Jump; there’s Cruise actually piloting a helicopter in a wild chopper chase through a mountain gorge; there’s Cruise dangling off the bottom of a helicopter; there’s Cruise in a motorcycle chase in Paris going the wrong way down a busy boulevard (to disastrous results); there’s Cruise leaping off a rooftop (to actual disastrous results). You could sprain an ankle just watching this video.

Fallout has already garnered a ton of exuberant first reactions. The stunts are a major reason why.