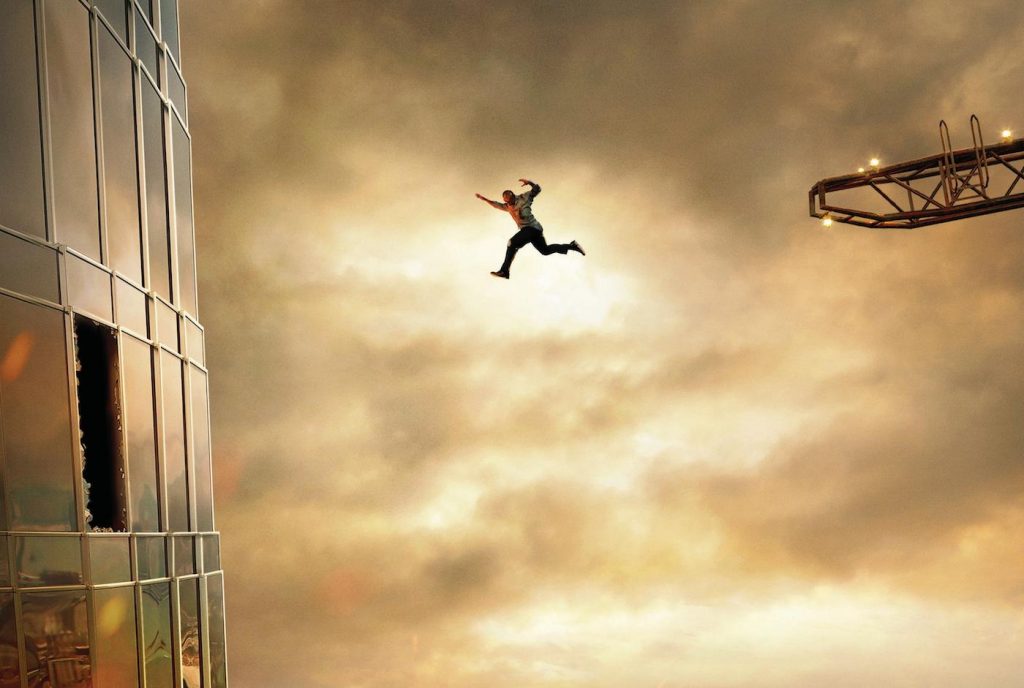 On a sleepy Monday morning, Universal Pictures has one-upped your latte with an adrenaline shot that is sure to get your blood going.

With less than two weeks until Skyscraper drops and The Rock tries not to, the studio is teasing even more footage of its upcoming blockbuster, which also stars Neve Campbell and Pablo Schreiber. “Don’t look down,” the trailer tells us. But then, of course, it forces us to look down into a few thousand feet of nothingness. Three thousand feet, to be more accurate, which is taller than Dubai’s Burj Khalifa. There isn’t any building so high at the moment, but the craftsmanship of director Rawson Marshall Thurber brings the fiction, terrifyingly, to life.

While the third official trailer makes us take in the incomprehensible heights at which the action takes place, it also brings us closer than ever before to the towering structure that lends the movie its name. The behemoth of a building, called The Pearl, is talked up to be the most advanced superstructure in the  world of the movie’s near-future setting. From what we’ve seen so far, it hosts many technological marvels and mysteries, like a chamber that turns into a completely transparent view of Hong Kong above, ahead, and below whoever is standing in it. This new trailer spotlights a major feature of the building that has so far been unmentioned: enormous, spinning structures that may be some kind of energy-producing turbines. It’s a good spot for turbines because of the powerful winds, but not so much for Dwayne Johnson’s character, Will Sawyer, who we see grappling across the windows with a rope and diving through the turbines as explosions roar up from underneath.

Sawyer makes it through the obstacles, but the guy can’t catch a break. Around every corner is a new peril, and more often than not, these perils leave him dangling in some way or another. And as he looks down at the stomach-churning heights, so must we. This is the type of movie IMAX screens were made for.