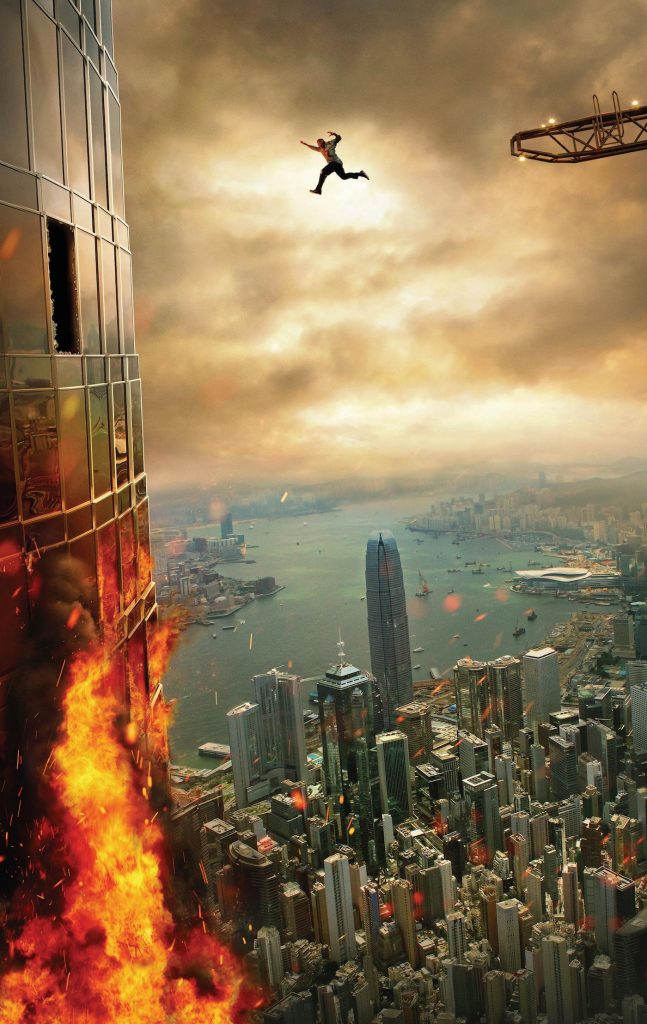 Fight Jurassic-sized crocodiles and flying wolves? Check. Next up for the indefatigable, indestructible Dwayne Johnson is director Rawson Marshall Thurber’s Skyscraper, which sees the Rock one-upping Bruce Willis from his Die Hard days with an epic actioner set a mile in the sky. The second trailer for Skyscraper pits Johnson against the tallest building in the world, and both of them are smouldering. We’re fairly sure not even a million tons of metal and concrete could take on Johnson and win, but the building, and the terrorists who have set in ablaze, will certainly learn this the hard way.

Give Thurber credit, he’s given the building and terrorists one advantage—Johnson’s character, a veteran soldier and former FBI hostage rescue team leader Will Sawyer, lost his lower left leg during his tour of duty. This will make the degree of difficulty even higher as Sawyer, now charged with assessing security for skyscrapers, has to both rescue folks trapped in the burning building and clear his name (he’s been framed as the man responsible for the blaze).

The trailer packs a lot of punch, giving us a glimpse of Sawyer’s tour of duty, the explosion that took his leg, and his eventual heroics on the skyscraper. The action looks appropriately super sized, with feats of stunt work and visual effects that give the film an old fashioned, Die Hard era Hollywood blockbuster feel. Johnson is joined by Neve Campbell, Chin Han, Roland Møller, Pablo Schreiber, Byron Mann, Hannah Quinlivan, and Noah Taylor.

Johnson plays former FBI Hostage Rescue Team leader and U.S. war veteran Will Sawyer, who now assesses security for skyscrapers. On assignment in China he finds the tallest, safest building in the world suddenly ablaze, and he’s been framed for it. A wanted man on the run, Will must find those responsible, clear his name and somehow rescue his family who is trapped inside the building…above the fire line.