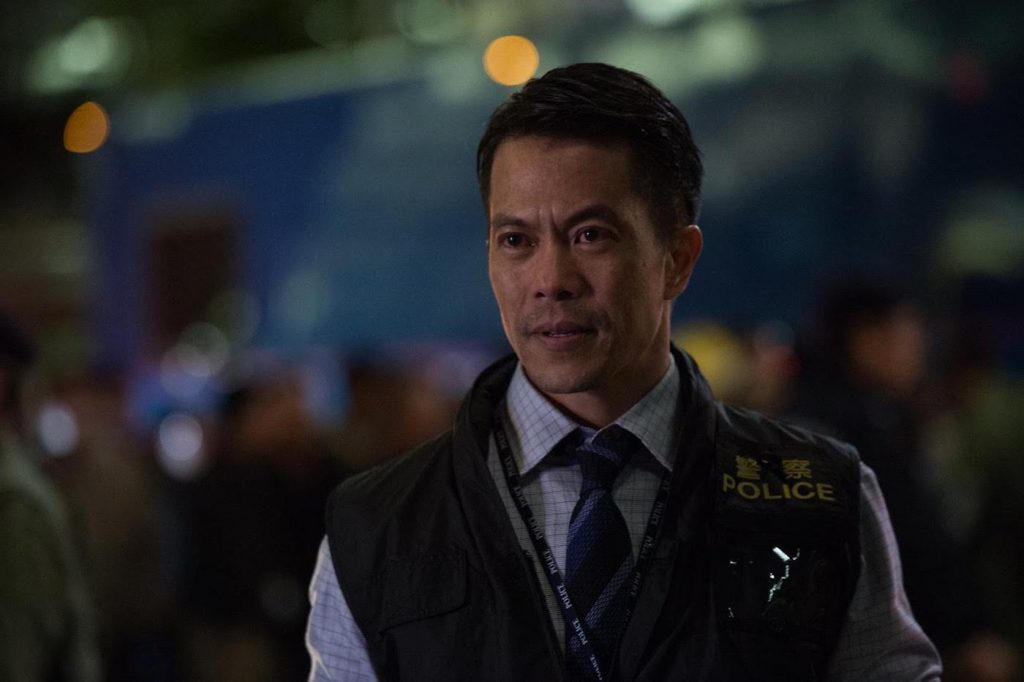 Byron Mann is a remarkably versatile actor who appears opposite Dwayne Johnson in the upcoming action thriller Skyscraper, which looks like a combination of Die Hard and Towering Inferno. In an interview, the star of Arrow, The Big Short, Hell on Wheels, and Street Fighter, talks about the challenges of the green screen, getting fit for shirts-off action scenes, and managing a life with homes in four countries.

I have to begin by asking you about one of my favorite scenes in one of my favorite movies, The Big Short.  It’s compliment to say that in a very brief appearance you created a very complete and utterly loathsome character. Tell me about the audition for that role and what you and the director discussed.

What was the toughest part of the training for Altered Carbon? What’s your favorite training tip?

I had a personal trainer who was helping me gain muscle mass, and “shred” at the same time. So I was lifting crazy weights, as well as doing a gazillion aerobic exercises at the same time: doing a hundred revolutions skipping rope – three sets, a hundred burpees, a hundred mountain climbers, a hundred jackknives…thinking about it now makes me tired already. My favorite training tip: hire a kick-ass (no pun intended) personal trainer and watch what you eat. My second favorite training tip: burpees. If you don’t know what that means, google it. It’s an instant fat burner and wakes you up like no other exercise.

You live in four cities on two continents. How do you remember where your toothbrush is?

I have four different toothbrushes in all four cities. You should have asked me how I keep my currencies straight: I have four Muji pouches, all with a sticker on them that denotes the four cities: Los Angeles, Vancouver, Hong Kong, Beijing.  Everything — SIM cards, bills, coins, keys — goes in these pouches.

What is your technique for maintaining focus when you’re working on green screen?

Honestly, that’s the hardest part. Looking at a yellow tennis ball is a lot different than looking at a building on fire and ready to collapse. That’s why they pay me the big bucks.

Was there a stunt that was especially difficult?

Not really for me in this film. But there was a stunt that was especially amusing. Toward the finale of the film, my character is leading the Hong Kong Police officers in a shootout with the villains. There was a moment when we were gaining the upper-hand, so I shouted in Cantonese, “Let’s go, colleagues!” Except the way it came out, it sounded like “F**king Go!”  The second unit director came out of the video village instantly and said, “That was a great take, but you can’t swear in this film. It’s PG-13!”

When was the moment that you were watching a movie and said, “That’s what I want to do?”

I was in Oxford, England watching a large screen version of Bernardo Bertolucci’s “The Last Emperor.” The actor playing the last emperor, John Lone, made a great impression on me. I thought if I could do what he did, that would be the bomb.

What’s the best advice you ever got about acting?

Get in front of the camera as often as you can, and play as many different characters as you can.