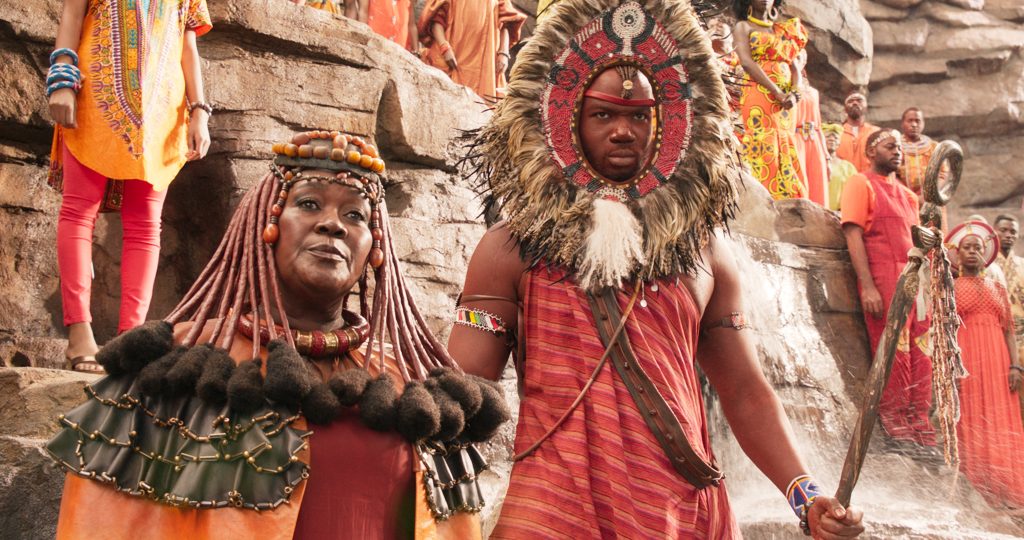 Ruth E. Carter is a national treasure. The Black Panther costume designer created a world of gorgeous fashion for a fictional African nation, but drew on extensive research of the continent and its many beautiful designs. We could spend hours marveling at her costumes in a museum, if such an exhibit existed (curators, please make this happen). The design, detail, and symbolism she poured into the Black Panther costumes were a crucial part of the film’s historic reception. We spoke with Carter earlier this year about the Black Panther suit and beyond. Now, you can spend 13 minutes hearing her explain everything that went into creating the costumes thanks to this video from Vanity Fair.

A major focus of the film was the fusion of African tradition and Wakanda’s technological superiority. This stuff isn’t mere science fiction. That gorgeous headdress and shoulder piece worn by Queen Ramonda (Angela Bassett) was actually created using a 3D printer.

Carter also points out some of the things she told us about. The Dora Milaje’s uniforms have beautiful armor inspired by South African jewelry. Okoye (Danai Gurira) sports gold as the general, while the rest of the Milaje wear silver. Of course, the metal is actually Vibranium. This is Wakanda afterall.

We also get a good look at the sacred geometry of African design she spoke of, like the hidden triangles throughout T’Challa’s (Chadwick Boseman) suit. Carter references this geometric focus often, and it shows up in every tribe in Wakanda.

Looking for more of the traditional clothing inspired by real life African tribes? Look no further than the Warrior Falls, where tribes from across Wakanda unite in one place for the breathtaking, brutal ceremony to challenge the King. Here you’ll find the varied looks of the diverse nation all in one place. Carter walks us through the meaning of each tribal leader, showing us the exacting detail that went into each and every piece of clothing and jewelry. Each tribe may have different cultural influences, but they are all united by technology—each wears the Kimoyo beads that allow for communication, calling up holographs, and other futuristic uses.

The inspired research, creativity, and tradition in the film is breathtaking. Carter’s skill is truly amazing. Knowing the meaning behind her designs makes the film even more powerful.