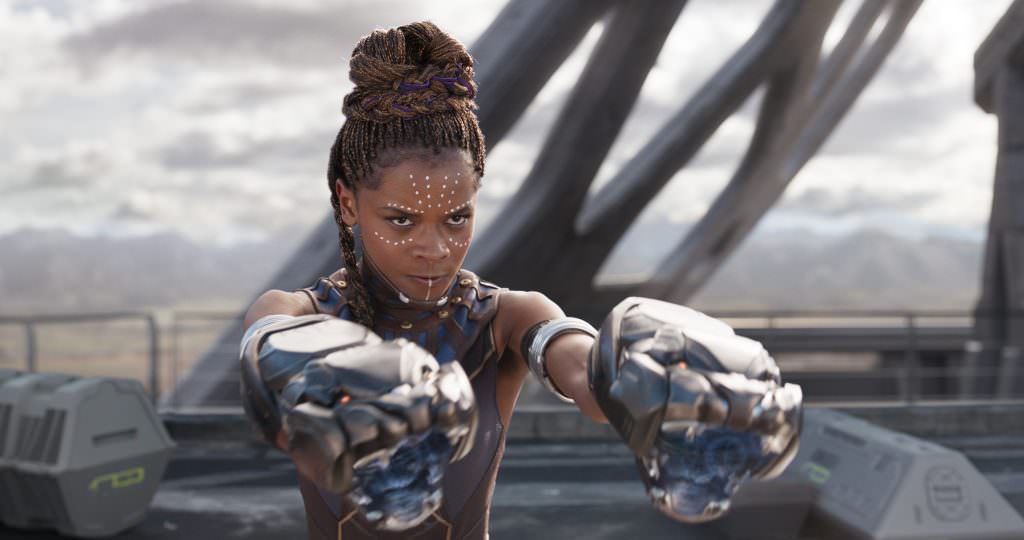 No one knows Wakandan technology like top inventor, Shuri. Her brilliant usage of vibranium to protect her country, and her brother, is truly inspiring. There are so many cool gadgets in Black Panther that it’s impossible to absorb them all in one sitting. Thankfully, we’ve got Letitia Wright here to help us out and showcase the coolest creations in Shuri’s arsenal in this awesome video from Vanity Fair.

When we are first introduced to Shuri’s lab, she plays a spectacular joke on her sibling. After asking T’Challa (Chadwick Boseman) to kick on the super suit she’s designed, it returns his blow with its ability to store and redistribute kinetic energy. Shuri cracks up when her suit lays her big brother out, but Wright reveals the moment is much sweeter than it seems. The design is super powerful and useful in combat. Shuri knows it will help protect her brother while he is out confronting the bad guys, and she would do anything to keep him safe. Awww.

Wright goes on to break down several awesome uses for vibranium found throughout Wakanda. This stuff is seriously powerful and shows up throughout their clothing, weaponry, and infrastructure. The monorail like trains employ vibranium, making them faster and safer than anything we’ve ever seen.

Less safe are the gauntlets Shuri and Nakia (Lupita Nyong’o) rock during the battle sequence. ‘Tiny specks’ of vibranium are activated to produce powerful sonic blasters that will blow any enemy away. Watch where you point those things. Wright admitted that wearing her paw-like blasters were a little awkward on set, but the visual result is super impressive.

Of course, we have to get a closer look at those Kimoyo beads. Regardless of tribe, all Wakandans sport Kimoyo beads, even during the challenge at Warrior Falls. Technology and tradition combine to create a really beautiful piece of jewelry that happens to also be able to make calls and record video like a cell phone. In fact, they are Wright’s favorite Wakandan technology.

If you need to catch the technology in action again, Black Panther is available on home video now.