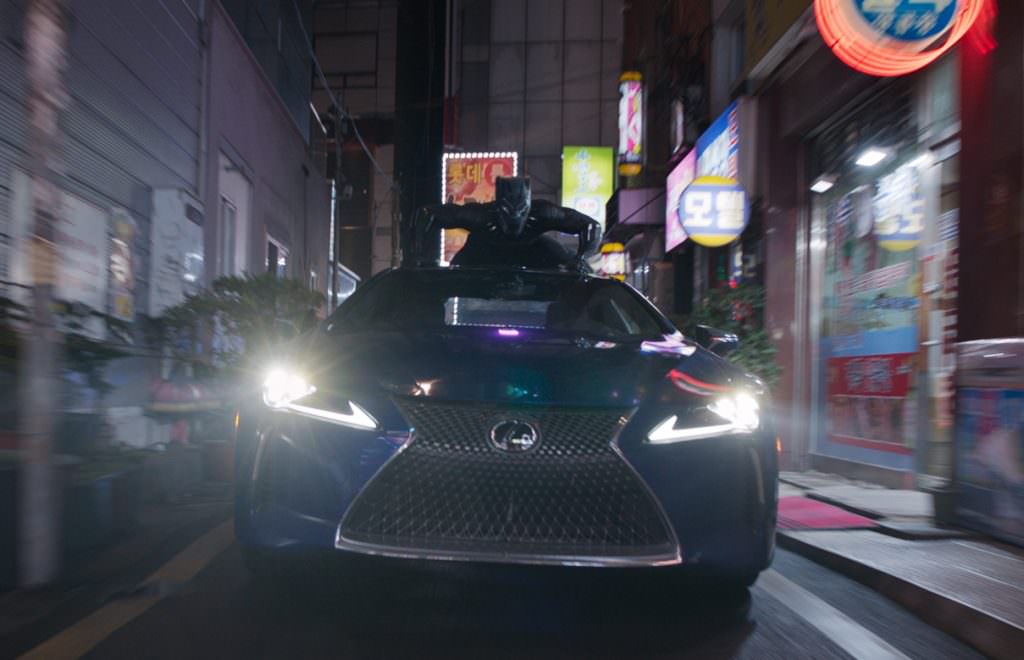 Just how technologically advanced is T’Challa’s new suit in Black Panther? Put it this way—getting shot at makes the suit more powerful.

In a fun, potent new Black Panther clip, we get a peek at the upgrade to T’Challa’s suit (the one he wore during Captain America: Civil War was, like an old Iron Man Mark II, an outdated model) and a clever reveal of a sequence we’ve seen in countless trailers and TV spots. The sequence, a chase on a bridge which ends with Black Panther somehow flipping the bad guy’s getaway car by simply landing on it, had always been cool but curious. Now we know how he did it.

In the scene, T’Challa’s sister Shuri (Letitia Wright), takes the wheel (sort of—she does so from afar, thanks to the endlessly inventive Wakandan technology, allowing her avatar to materialize inside the physical car) while Black Panther chases some bad guys in their getaway car—on foot. Shuri can now offer her brother a much-needed ride. Naturally, Black Panther doesn’t get in the car, but rather on top of it, and as the chase careens onto a bridge, Black Panther flips off Shuri’s ride and onto the bad guys hood, and the force of this maneuver is such that he flips their car into the sky.

It’s always been odd that the force of Black Panther landing on the car’s hood would send it into the sky, but now we know how that happened—they’d been shooting at him, and every bullet powered his suit, so that by the time he lands on the hood he’s absorbed a huge amount of kinetic energy (the clip’s title), and this is what launches their car, and their hopes at defeating him, into thin air.

There are so many reasons why we’re excited for this film—how about Black Panther‘s cinematographer, Rachel Morrison, becoming the first woman nominated for an Oscar in that category for her incredible work on Mudbound? How about writer/director Ryan Coogler, one of Hollywood’s rising stars, or Chadwick Boseman in the title role, or Michael B. Jordan as the villain, or the entire Dora Milaje? We could go on and on.

Black Panther opens on February 16. We’ll have interviews with DP Rachel Morrison, production designer Hannah Beachler, and costume designer Ruth E. Carter for you soon. Until then, enjoy this clip.