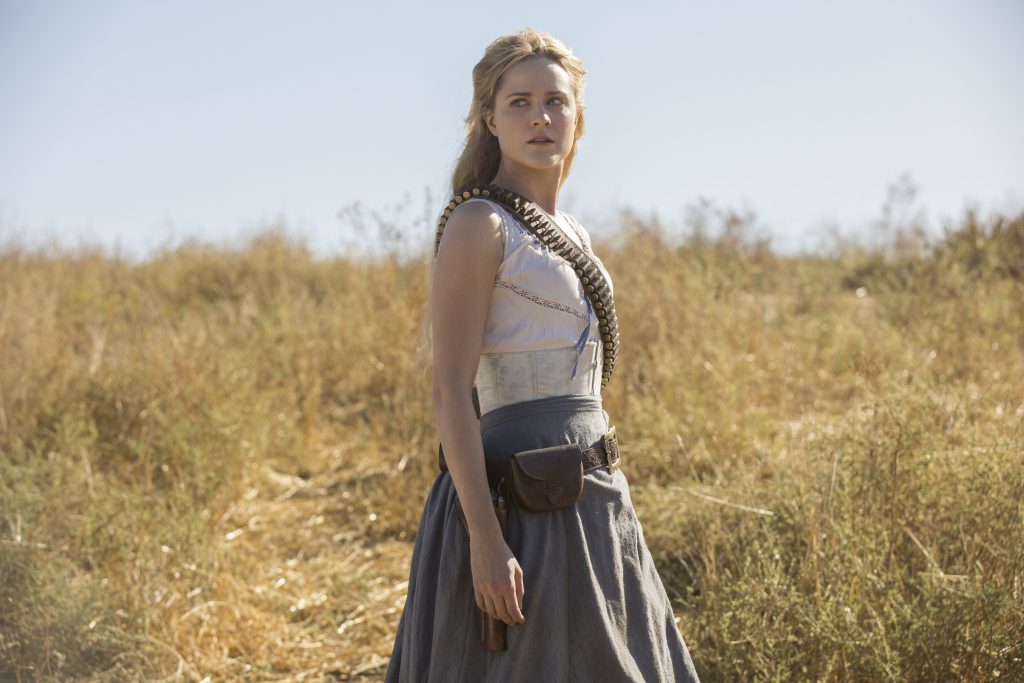 Following the stunt that Westworld creators pulled this past week supposedly revealing “spoilers” for season 2, the real reviews are in from the lucky critics who have actually been able to watch a few episodes of the new season. If you thought season 1 was wild, hold on to your cowboy hats. Reviews are in and we’ll keep this as spoiler free as possible.

According to recent reviews its looks like this season is even bolder and bloodier than the first. Season 1 took us through a lot of twists and turns as the show slowly unraveled the mysteries of the park and the hosts in it.  With several diverging storylines, the show did a great job of allowing audiences to see every character’s journey without confusing us. Fans can look forward to delving even deeper into each character and their own personal journeys.

The first episode of the new season picks up a few weeks after the last episode of season 1 that saw the hosts revolting against humans, and the death of the park’s creator, Robert Ford (Anthony Hopkins) at the hands of the soft and docile Dolores (Evan Rachel Wood). Dolores has become the leader of the resistance as she blazes a bloody trail in search of her father Peter Abernathy (Louis Hertham). Of course, Teddy Flood (James Marsden) is right there by her side. Dolores may be leading a bloody resistance but it seems she may not be the war general fans expect. This is all a means to an end to her and according to reviews, this season will explore her feelings of regret.

Scene stealer, Maeve (Thandie Newton) will be following her path. She’s always been a more independent character and has higher priorities than a revolution in searching for her daughter. The search will take her out of Westworld and into another park, Shogun World, that was teased at the end of last season. Clues also indicate that Shogun World may not be the only new park we’ll be introduced to.

The trailers reveal that Tessa Thompson’s character, Charlotte Hale, survived the massacre from the last episode and it looks like she too is searching for Abernathy. Last season we saw her uploading a secret code into his head. Bernard (Jeffrey Wright) is treading a thin line between the host and human realm and dealing with his own problems as more of Arnold’s past is reveled through glitches in Bernard’s coding.

Ed Harris’ Man in Black, is making a return as he continues to try and solve the riddles left by the late Robert Ford, who of course lives on through his host creations. Fans should note that creators have decided to pile on the angst for this season. While last season was no walk in the park, it did have its comedic moments to help balance it out. This season, it looks like we’re in for some heartbreaking stories with fewer laughs in between.

Fans should be on the lookout for inspiration from Peter Jackson’s Lord of the Rings, George Romero, and a tribute to Akira Kurosawa in the Shogun World as the season progresses. Its man vs. machine as the hosts come into their own and develop beyond their written code. It looks like the Westworld team is really going all out for this second season and we can’t wait to see what twists and turns await us.