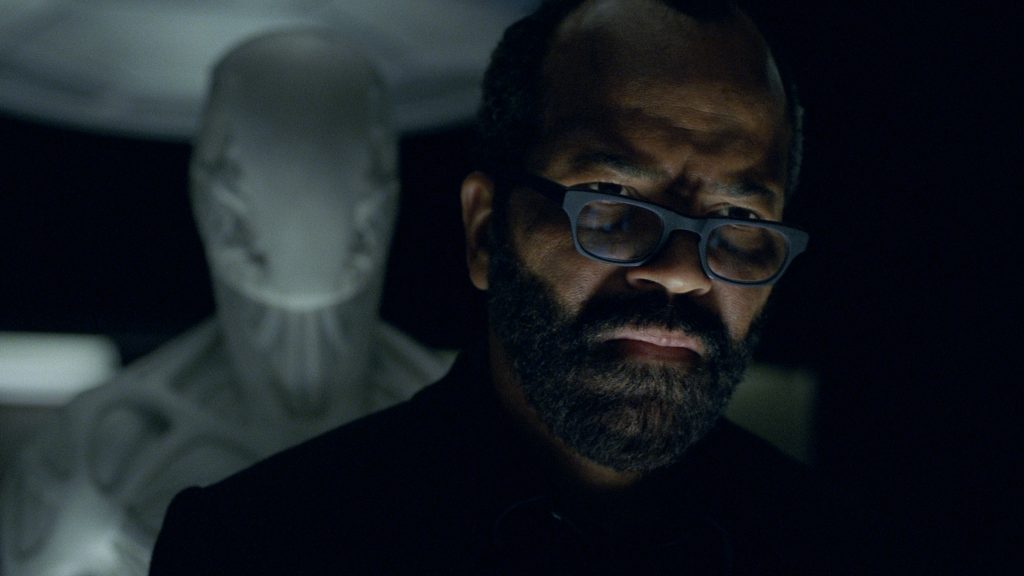 At the very end of the trailer for Westworld‘s second season, we got a glimpse of what many fans have been clamoring for—the Japanese-themed Samurai world—or so we thought it was called. You see an armor clad warrior at the 2-minute mark, followed by Maeve (Thandie Newton) in a kimono, and then a brief shot of a woman in who appears to be a geisha a few seconds later. We now know, thanks to the Delos Destinations website, that this park is actually called “Shogun World.” What’s more, the site provided a description of Shogun World that suggests the bloody, brutal wild west park we got to know in season one is tame by comparison:

For those for whom Westworld is not enough, the true connoisseur of gore can indulge their fantasies with the slash of a katana. Modeled after Japan’s Edo period, Shogun World offers a chance for guests to embrace their inner warrior, in a landscape of highest beauty and darkest horror. Let your true self take shape in the land where self-discovery is an art form.

We don’t know much else about this mysterious new park, save for that it looks like we’ll be exploring it in some capacity in season two. Showrunner and co-creator Jonathan Nolan told The Hollywood Reporter that adding the world of Imperial Japan was irresistible to him and Westworld co-creator (and wife) Lisa Joy, with a hat tip to one of the great filmmakers of all time:

“The reason we went with the shogun, Imperial Japanese motif for that world is in large part because of the beautiful relationship you had between the golden age Westerns and the golden age samurai films. As soon as Akira Kurosawa would make a film, it would get remade with cowboys. The idea that those stories worked in two very distinct genres and languages, and the relationship between those genres, to me was irresistible as an homage to how Kurosawa was responsible for some of the greatest Westerns of all time.”

Westworld‘s second season seems to be all about expansion and exploration, as the now sentient hosts start pushing the dusty boundaries of the wild west world they’ve been living inside and explore the vast expanse of the park, and, possibly, beyond. Nolan and Joy spoke to Entertainment Weekly about how the working title for season two, “The Door,” spoke to how different things were going to be moving forward—and outward:

“If the first season was a journey inward, this is a journey outward,” Nolan told EW. “This is a search for what is else is beyond the park, and what else is in the park. Are there more parks? How big is the park? What’s beyond the park? We think of our seasons as discrete components in the series, to the point where we’ve named our seasons. The first season was called ‘The Maze.’ The second season is called ‘The Door.’”

That journey outward may include a lot more than just Shogun World. The Delos Destinations website hints at other parks—four, to be exact—that are listed on the site with the note, “reservations closed to the public.” We’re not sure what these other parks could be, but we’re eager to see the hosts, and their human captives, knock the dust off their boots and venture into new worlds.