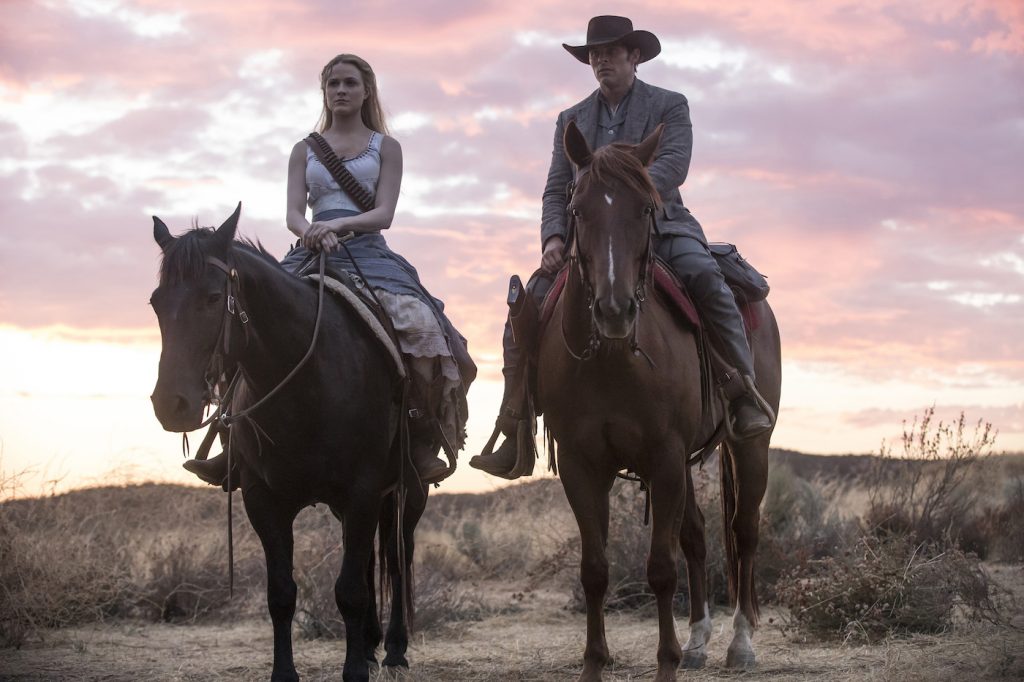 Westworld Creators Reveal All of Season 2 Spoilers in new Video

If ever there was a recent series that revealed fans in all their obsessive, undeniably clever sleuthing, it was the first season of Westworld. The first season of HBO’s brilliant sci-fi western, created by Jonathan Nolan and Lisa Joy, played out along (spoiler alert, for Pete’s sake) multiple timelines, and for the average fan the show was consistently surprising and often mind blowing. Yet for the super fan (or the super sleuth), Westworld presented an irresistible puzzle that many ended up solving well before the epic finale.

The second season of Westworld is set to premiere less than two weeks from now, and although HBO has released two trailers highlighting what’s to come, sneak peeks aren’t good enough for some. The first season played out not just on our screens, but for many, on message boards and Reddit. This is where the sleuths and spoiler-lovers go to debate and decipher the plot twists and the mysteries of the show before they occur. It’s for this reason than co-creator Nolan, a long-time Reddit user himself, argued that there is a fine line between theories and spoilers. While some fans may love a good spoiler, it makes the writers jobs a lot harder and can ruin the shock affect for fans who like following along with the plot of the show.

As noted by Collider, in an effort to combat this, Nolan and Lisa Joy proposed what may have been the most radical idea in television history: to release all of the spoilers for season two on Reddit. Every plot twist, every “OMG!” moment, every brilliantly plotted swerve in the story laid out for fans before the season even begins. We love a spoiler, from time to time, but this seems a bit extreme. “That way the members of the community here who want the season spoiled for them can watch ahead, and then protect the rest of the community, and help to distinguish between what’s ‘theory’ and what’s spoiler…So if this post reaches a 1000 upvotes we’ll deliver the goods,” Nolan posted on Reddit.

And deliver they did. Last night Nolan uploaded a video to Reddit stating “All right guys. We left this in your hands. Some may feel this is a drastic step, but I, for one, love and trust this community.” Some might say Nolan is bit misguided in that decision. The video starts with the scene of Jeffrey Wright’s character Bernard lying on the beach—remember this scene from the second trailer—it opens with him narrating as Bernard wanders confused and begins to remember what happened. It begins to look like Nolan and Joy really did it, they really released a video revealing all of the spoiler for the second season…until you get to 1:30.

The scene stops and pans to Angela Sarafyan (Clementine) sitting at a piano and Evan Rachel Wood (Dolores) standing behind her as she serenades viewers with a rather beautiful piano version Rick Astley’s notorious song, “Never Gonna Give You Up.” We have officially been Rick Rolled in what may be the most artful troll the internet has ever seen. The video ends with a message from the cast and crew thanking fans for watching and hoping that they are looking forward to season two. Well played Mr. Nolan, well played.