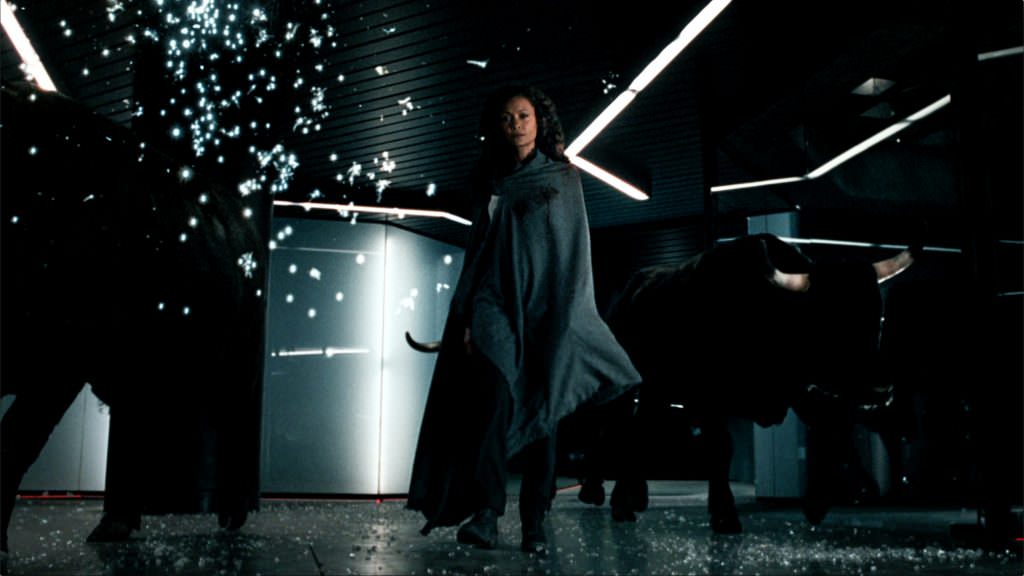 Dreaming of a vacation in an exotic world? Want to get away from it all and live out your wildest fantasies? It’s true that things went horribly wrong and robots began their world domination in season 1 of Westworld and we were supposed to learn our lesson. Then HBO created this awesome and intricate website, and we kind of want Westworld to be real. Maybe things aren’t so violent and morally corrupt in other parks at Delos Destinations?

Even if it’s a bad idea to actually visit, DelosDestinations.com is a treasure trove of clues about season 2. The “about page” has an Asian cityscape that likely alludes to the Samurai world hinted at in season 1. If you click “Visit the Parks”, Westworld is the featured attraction. There are, however, five other mysterious parks. An obscured image for Park 2 seems to be having some sort of a glitch. Parks 3-6 are closed to “Authorized Personnel Only” and aren’t taking reservations at this time.

The “investors page” has information about Delos founder, James Delos, who we haven’t met yet. He seems like a real innovator and marketing really makes his ideas sound more appealing than they turn out to be.

The Westworld site allows visitors to chat with a representative, Aeden. Aeden was closed lipped when we asked about the other parks saying, “Delos is the corporation that manages Westworld. I don’t know much about it, but I’ve heard the board is more invested than ever in the park’s future. Let’s leave corporate to the suits. What types of activities are you looking to do at Westworld?” If you get too far off script, Aeden will start making suggestions where you can pick from two choices that give you more information about your “stay” in Westworld.

Most intriguing is the backend labyrinth that details all the malfunctions at the parks. Click “Login” and you could spend hours scanning the information. There are lots of Easter Eggs here about security gaps and leaked storylines. They’re, of course, referencing the host programmed storylines. There are no season 2 spoilers here. If you ever plan to apply for a job at Westworld, you’ll have access to all of the manuals. There are instructions for what to do when a host goes rogue. There’s even a flowchart for Dolores’ storyline.

In case you missed the Super Bowl, here’s the final season 2 trailer. All of this together is shaping up to be pretty interesting.

You have until April 22, when Westworld returns, to do your research.