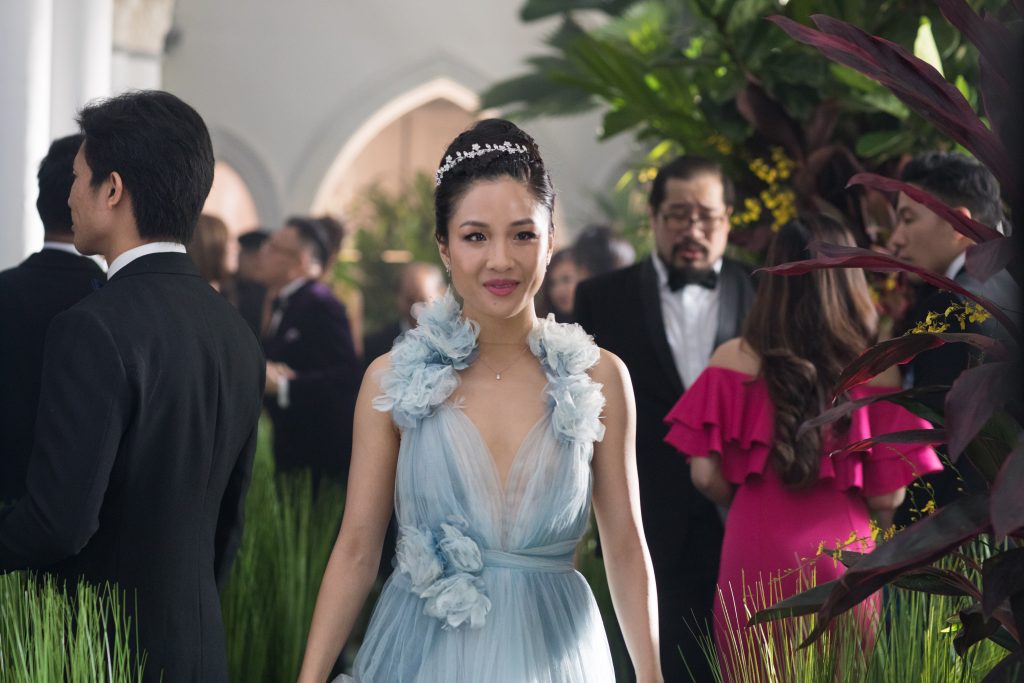 2018 is off to a smashing start with Black Panther breaking box office records, A Quiet Place reinventing the horror genre and leaving audiences too scared to even breathe, and Avengers: Infinity War setting records before its release next week. Now we are getting the first look at John Chu’s Crazy Rich Asians that is sure to be one of the top rom coms of the year. The movie’s official twitter announced the full trailer will be dropping Monday, and this early glimpse is already a decadent morsel.

It’s been a CRAaazy long wait, but it’s almost here! @wbpictures and director @jonmchu are proud to present the official trailer for #CrazyRichAsians, dropping on MONDAY! pic.twitter.com/FOevPjhH7P

Based on Kevin Kwan’s best selling novel by the same name, the film focuses on professor Rachel Chu (Constance Wu) who accompanies her longtime boyfriend, Nick (Henry Golding), to his best friend’s wedding in Singapore. The event is far from a quaint family gathering. Upon arriving, Rachel discovers that her boyfriend is heir to one of the richest families in the country, and there are a lot of women interested in taking Rachel’s place. In her surprise, Rachel calls Nick the “Prince William of Asia,” but he prefer’s Harry’s more charming persona.

While the teaser is short, it gives fans a sneak-peek at some of the laughs and the ultra glamour they can look forward to in the film. Rachel’s best friend, Peik Lin (Awkwafina) packs on the hilarious hot takes including, “It’s like the Asian bachelor.” Who can blame her? The estate is insanely extravagant.

Crazy Rich Asians boasts a stellar cast with the incredible Constance Wu (Fresh Off The Boat) as Rachel and newcomer Henry Golding is sure to be on the map after this one. The legendary Michelle Yeoh will be starring in the film as Nick’s domineering mother, Eleanor, who we already know will be facing off against Rachel. Gemma Chan (Humans, Captain Marvel) is playing Nicks cousin, Astrid. Comedian Awkwafina appears as Rachel’s Singaporean best friend, Goh Peik Lin. We’ll be back Monday to dive into the full trailer, but until then enjoy this funny peek at the film.

Crazy Rich Asians will be released in theaters August 17.