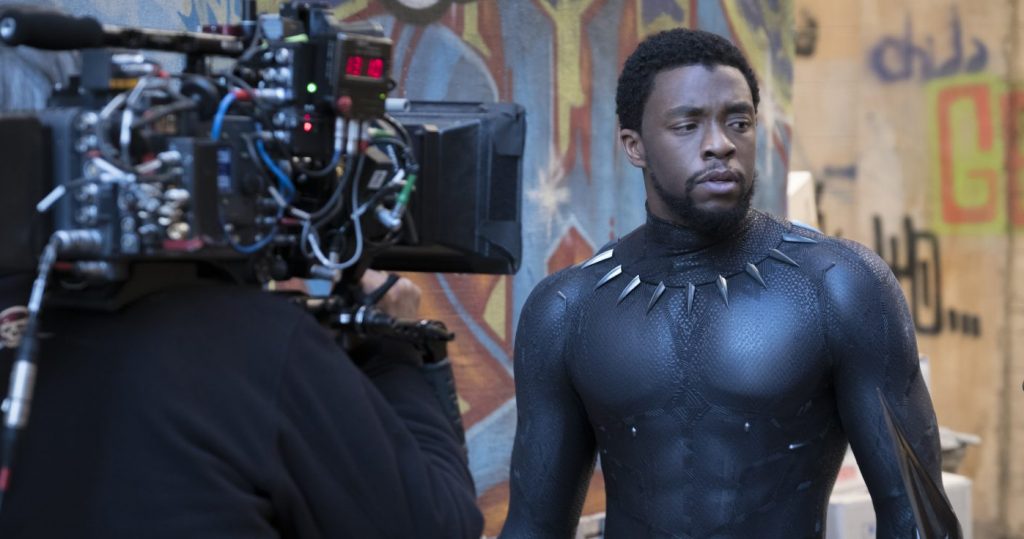 A new week means a new milestone for Ryan Coogler’s world conquering Black Panther. Last week Coogler’s epic film passed The Avengers to become the highest-grossing superhero movie of all time. This week it has just passed Frozen to enter the top ten highest-grossing films in history. Oh, and it also zoomed past Jurassic World to become number four on the all-time domestic charts (without adjustment for inflation.) As we wrote last week (and will likely write again next week): How many different ways can you write “All hail the King“?

Fans here have thrilled to Coogler’s epic vision of Wakanda, the film’s sensational cast, and the thrill and joy of seeing a film by and starring people of color. Week after week, Black Panther reigned supreme, becoming the only Marvel film ever to be number one at the box office for five consecutive weeks after its release. The last film to spend five weeks in a row at the top? Jame Camerson’s Avatar, which had the top spot for seven weeks in 2009-10.

One interesting fact about Black Panther‘s global domination is how much the film has benefited from an historic amount of love from North American audiences. Black Panther is the only film in the top ten highest-grossing films of all time to have made more than half of its worldwide gross from North America. Critical acclaim helped fuel the commercial success, but that success was in part due to how Black Panther was much more than another superhero story to much of the country. Then there was the fact that it was boasted by truly phenomenal filmmaking, including incredible costumes, production design, and those stellar performances bringing. Audiences agreed that Coogler’s grand vision, aided by a huge, largely female team of talent, had to be seen on the big screen.

Black Panther stars Chadwick Boseman as T’Challa, the young king of Wakanda and the protector of a vast, technologically advanced but secretive nation made up of distinct cultures. He’s challenged for the throne by an unforgettable Michael B. Jordan as the villain, Erik Killmonger, but he’s not alone in protecting himself or his country. Part of Black Panther‘s now historic appeal is the powerful women who surround T’Challa. These include Okoye (Danai Gurira), his fierce Dora Milaje leader, the super spy Nakia (Lupita Nyong’o), and his little sister, Shuri (Letitia Wright), the country’s most brilliant technical mind.